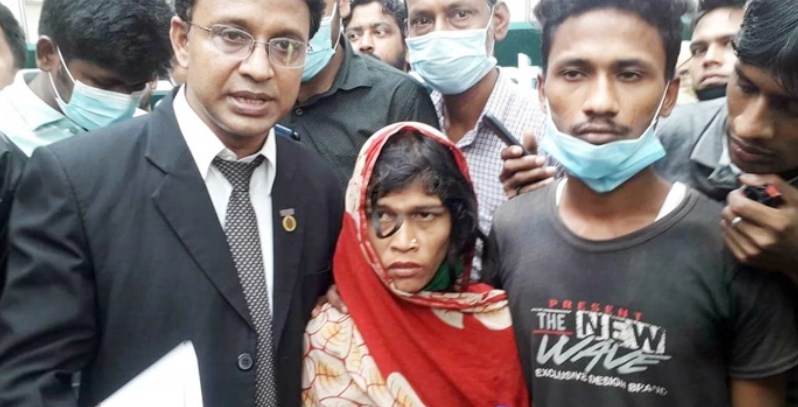 At last, police have arrested Kulsum Akhter Kulsumi for whom one Minu Akhter served in jail for three years wrongfully in a Chattogram murder case.

Kulsumi was a convict in RMG worker Kohinoor Begum murder case. Kohinoor was killed in a dispute in Rahmatganj area of Chattogram on July 9, 2006.

A case was filed over the murder with Kotwali Police Station and police arrested one Kulsum Akhter and sent her to jail in 2007. She later came out of jail on bail.

Kulsum then offered Minu to appear before a court on behalf of her in exchange of money and food. Minu agreed and surrendered before the court on June 12, 2018, impersonating herself as Kulsum, and was immediately sent to jail to serve her term for the crime, which was totally unknown to her.

But, after some legal procedure, Minu was released from jail on June 16. Later, she died in a road accident in Bayezid area of Chattogram city on June 28.