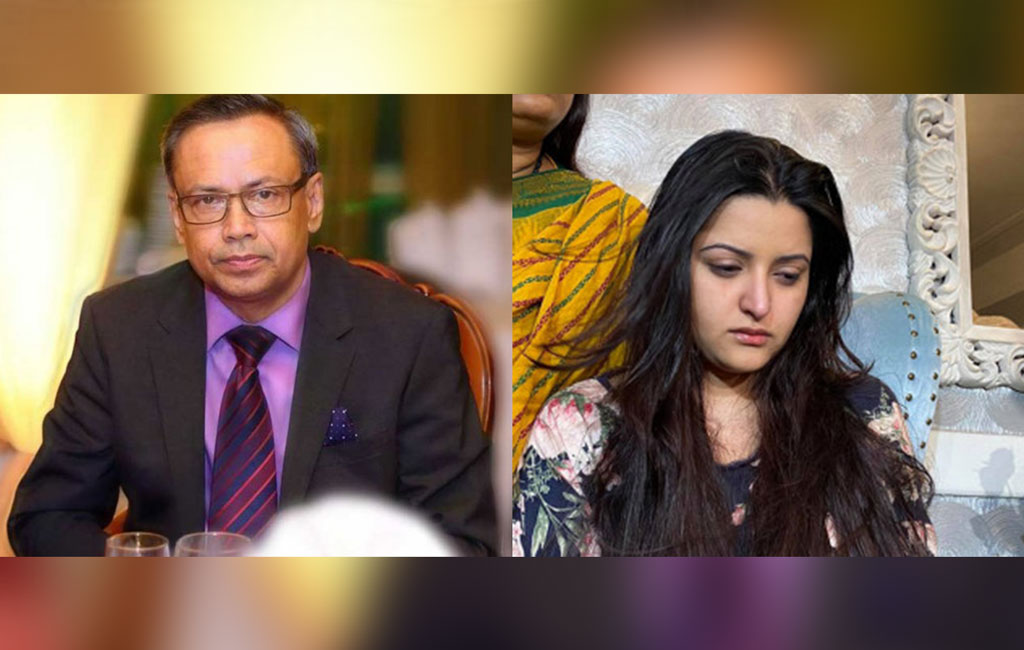 Businessman Nasir U Mahmud, one of the prime accused in an attempted rape and murder case filed by actress Pori Moni, has hit back at the starlet, accusing her of misbehaving and seeking to defame him.

“A heavily drunk Pori Moni entered our club during the night of the incident along with a few other men and gulped one and a half bottles of alcohol in a quick time,” Nasir wrote in a Facebook post on Sunday.

“Later she raided our shelves and tried snatching a costly bottle of drink. When our waiters resisted, she started throwing our utensils and used abusive and vulgar language against them,” he continued.

“I intervened after the waiters sought my help and requested the actress to calm down. But she only got more agitated and started throwing things at me. At one point her companion (Jimmy) even tried to assault me,” the former president of Uttara Club claimed.

At one stage he ordered the security to escort them out and left the club premises, Nasir added.

Nasir said he was baffled when he discovered Pori Moni accusing him of rape and attempted murder.

“The way my hard-earned reputation was tarnished within a blink of an eye, I hope that such things never happen to anybody.”
A Dhaka court on June 29 granted bail to Nasir U Mahmud and his associate Tuhin Siddiqui Omi in the attempted rape and murder case filed by Pori Moni.

Earlier, on June 23, a Dhaka court placed Nasir and Omi on a five-day remand each in the case.

On June 14, actor Pori Moni filed a case with Savar police station against businessman and former president of Uttara Club Ltd Nasir U Mahmood and five others on charges of attempted rape and murder.

The Dhallywood star claimed Nasir and Omi wanted to rape and murder her when she visited Dhaka Boat Club on June 8.
Soon after the case was filed, a manhunt was launched and suspects Nasir and Omi were taken into custody.

Following their arrest from Uttara, police filed a case against Nasir and Omi over the recovery of liquor and yaba pills during the raid with the Airport police station.

Earlier, the actress took to Facebook seeking justice from Prime Minister Sheikh Hasina over the alleged attempt of rape and murder.