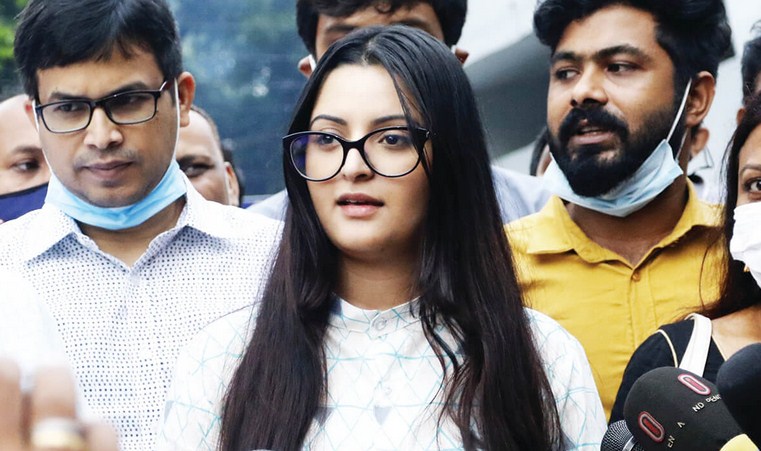 Actress Pori Moni has been quizzed by police at Savar Model Police Station in connection with the investigation into rape and attempted murder case at Dhaka Boat Club.

Pori Moni along with some other people went to the police station at about 2.30pm on Sunday, said Dhaka district additional police super Abdullahil Kafi.

He said former Uttara Club Ltd president and real estate businessman Nasir Uddin and his friend Tuhin Siddique Omi have been on a five-day remand under Savar police custody in Pori Moni’s case. Pori Moni has been called to the police station to verify information given by them under remand.

On June 14, Pori Moni filed a case with Savar Police Station against businessman Nasir Uddin and five others on charges of attempted rape and murder.

She claimed Nasir and Omi wanted to rape and kill her when she visited Dhaka Boat Club at night on June 8.