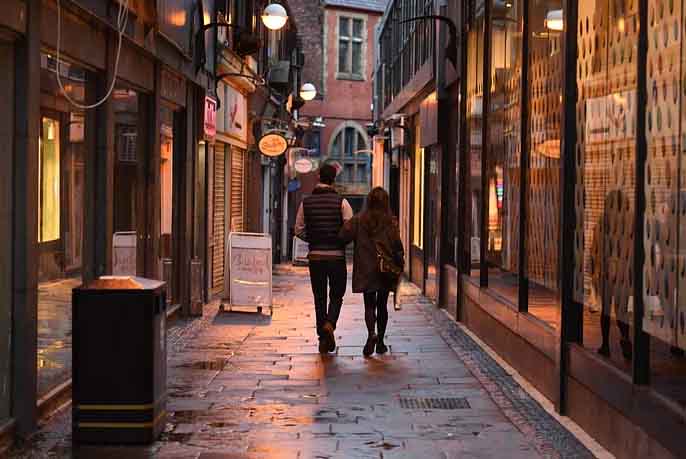 A new study has found that when couples blamed the Cocid-19 pandemic for their stress, they were happier in their relationships.

The findings of the study were published in the journal called “Social Psychological and Personality Science”. When the Covid-19 pandemic hit last year, locking down entire countries and leaving people isolated in their homes without outside contact for weeks at a time, many relationship experts wondered what that kind of stress would do to romantic couples.

And what they found was that when couples blamed the pandemic for their stress, they were happier in their relationships.

Previous researches have shown that romantic partners tend to be more critical toward each other when experiencing common stress — what researchers call “stress spillover” — but major events such as natural disasters are not always associated with poor relationship functioning. Because these significant stressors are more noticeable than routine situations, people may be more aware that stress is affecting them and spilling over into the relationship.

“Because of this awareness, when major stressors occur, romantic partners may be less likely to blame each other for their problems and more likely to blame the stressor, which may reduce the harmful effects of stress on the relationship,” said Lisa Neff, an associate professor of human development and family sciences at The University of Texas at Austin and one of the study’s co-authors.

The Covid-19 pandemic brought a unique opportunity to study this phenomenon, with many couples suddenly working from home, spending more time together, dealing with job losses and dealing with the fear and anxiety of a quickly spreading deadly virus.

In this study, researchers have analysed data collected from 191 participants during the early weeks of the pandemic and again seven months later. They found that although people were generally less happy in their relationship when they were experiencing more stress; the harmful effects of stress were weaker among those individuals who blamed the pandemic for their stress.

“Some people come together and they say, ‘This is a stressful situation and we’re going to tackle this together, and we’re not going to blame each other for things that are hard or difficult,'” said Marci Gleason, associate professor of human development and family sciences at UT Austin.

Researchers initially thought that the protective effects of blaming the pandemic might fade over time, but that was not the case.

“Stress is often harmful, but the more we recognise it and where it’s coming from, the more we can protect ourselves from it. Talking openly about that stress can weaken some its negative effects,” concluded Neff.

Know about insomnia amid coronavirus pandemic