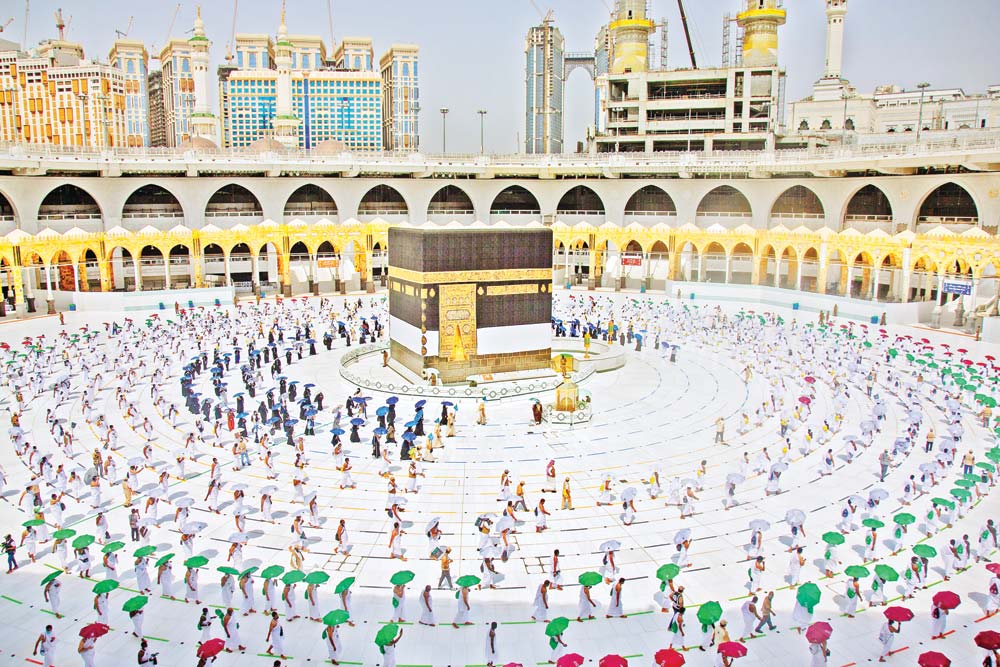 To prevent the Covid-19 epidemic, registration for the Hajj this year has been limited to only residents of Saudi Arabia. This is the second time that Bangladeshis are not able to go for Hajj.

Saudi Arabia announced on Saturday it will allow 60,000 vaccinated residents of the kingdom to perform the annual hajj, state media reported, reports AFP.

The hajj ministry said this year’s pilgrimage would be “open for nationals and residents of the kingdom, limited to 60,000 pilgrims,” according to the official Saudi Press Agency.
It will be the second year in a row that the kingdom hosts a downscaled hajj amid the coronavirus pandemic.

The hajj — a must for able-bodied Muslims at least once in their lifetime — typically packs millions of pilgrims into congested religious sites and could be a major source of contagion.

Only up to 10,000 Muslims took part in last year, a far cry from the 2.5 million who participated in the five-day annual pilgrimage in 2019.

In a relaxation of coronavirus curbs last October, Saudi Arabia opened the Grand Mosque for prayers for the first time in seven months and partially resumed the all-year-round umrah pilgrimage.

The limit on umrah pilgrims is 20,000 a day, with a total of 60,000 worshippers allowed to perform daily prayers at the mosque.

The umrah usually attracts millions of Muslims from across the globe each year. Authorities said the umrah would be allowed to return to full capacity once the threat of the pandemic has abated.

The revered Black Stone in the Kaaba — which is customary but not mandatory to touch during the pilgrimage — remains out of reach.

“In light of what the whole world is witnessing with the coronavirus pandemic… and the emergence of new variants, the relevant authorities have continued to monitor the global health situation,” the hajj ministry said on Saturday.

“Considering the large crowds that perform hajj, spending long periods of time in multiple and specific places… required the highest levels of health precautions,” it added in the statement carried by SPA.

A scaled-down hajj represents a major loss of revenue for the kingdom, already reeling from the twin shocks of the virus-induced slowdown and a plunge in oil prices.

The hajj and the year-round umrah pilgrimages together rake in some $12 billion annually.

Last year, the foreign press was barred from the hajj, usually a huge global media event.

Saudi Arabia has so far recorded more than 460,000 coronavirus infections, including 7,536 deaths.

The health ministry says it has administered more than 15 million coronavirus vaccine doses, in a country with a population of over 34 million.

Hosting the hajj is a matter of prestige for Saudi rulers, for whom the custodianship of Islam’s holiest sites is their most powerful source of political legitimacy.

But a series of deadly disasters over the years, including a 2015 stampede that killed up to 2,300 worshippers, has prompted criticism of the kingdom’s management of the pilgrimage.

Mintu gets AL ticket for Dhaka-14, Habibur for Sylhet-3 and Hashem for Cumilla-5 to contest in 3 vacant seats