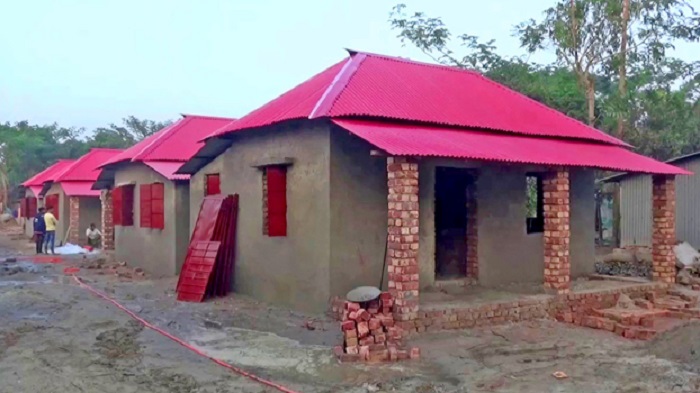 Noting that each house has been built at a cost of Taka 200,000, Mahbub said, a house recipient in plain land will get Taka 5,000 while a recipient in the hill and haor areas will get Taka 7,000 for shifting their belongings to new home.

Earlier, Prime Minister Sheikh Hasina handed over 69,904 houses to the homeless and landless families on January 23 under the first phase of the project on the occasion of the birth centenary of Father of the Nation Bangabandhu Sheikh Mujibur Rahman.

Under the first phase, Ashrayan Project of the PMO rehabilitated 3,715 families by constructing 743 barracks at 36 upazilas in 21 districts during the Mujib Borsho, the project director said.

He said the government also constructed 20 five-storey buildings at Khurushkul in Cox’s Bazar for 600 families, who are climate refugees as a special gift by the Prime Minister, adding, “Armed Forces Division is also implementing more 119 multi-storey buildings and related activities through Detailed Project Proposal (DPP).”

The project director said members of the rehabilitated families are getting training of increasing awareness on various issues, expertise and human resource development to enable them to get engaged in income-generation works.

Mahbub said the activities of the project will be accelerated further in future to alleviate poverty for fulfilling the ‘Vision 2021’ and achieving the Sustainable Development Goals (SDGs) by 2030.