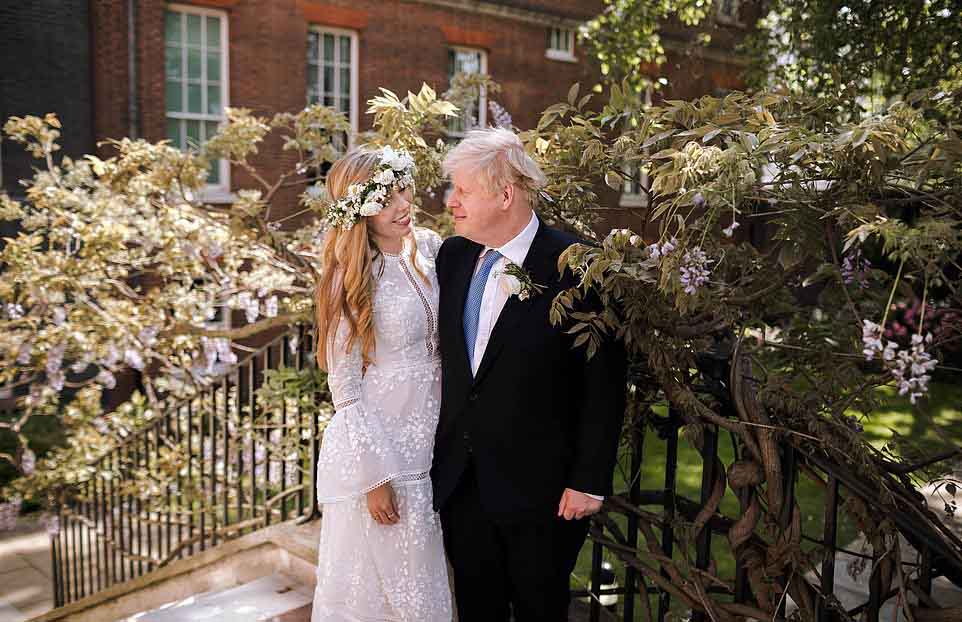 Prime Minister Boris Johnson has married his fiancee Carrie Symonds in a secret ceremony at Westminster Cathedral, it has been reported.

The wedding was held in front of close friends and family on Saturday, according to several newspapers.

The Mail on Sunday reported that 30 guests were invited to the ceremony at short notice – the maximum number of attendees allowed under Covid restrictions in England.

A small number of church officials were involved in preparations for the Catholic ceremony, which was officiated by Father Daniel Humphreys, it said.

The Sun said senior Downing Street aides did not know about the wedding.

Members of the public were asked to leave Westminster Cathedral just after 13:30 BST, it added.

Ms Symonds, 33, who wore a white dress to exchange vows with the prime minister, is reported to have arrived in a limo about half an hour later.

Musicians were pictured leaving No 10 on Saturday night.

Ms Symonds was first romantically linked to Mr Johnson, 56, by the media in early 2019.