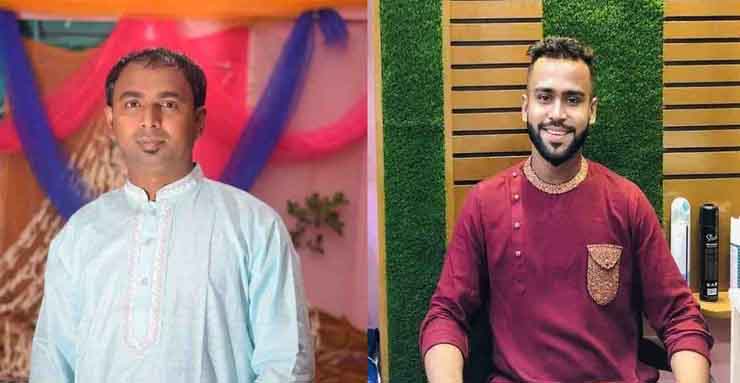 Two motorcyclists were killed as their bike collided with a CNG-run auto rickshaw in Natun Bazar area on Habiganj-Srimangal road under Bahubal upazila in Habiganj district on Saturday afternoon.

The deceased were identified as Jamir Uddin, 40, son of Abdul Jabbar, and Shakil Ahmed Ramim, 35, son of Shahbaj Mia, residents of Baniachang upazila in the district.

Witnesses said the motorcycle collided head-on the auto rickshaw coming from the opposite direction in the afternoon, leaving the duo critically injured.

They were admitted to Habiganj Sadar Hospital where on-duty doctor declared them dead.