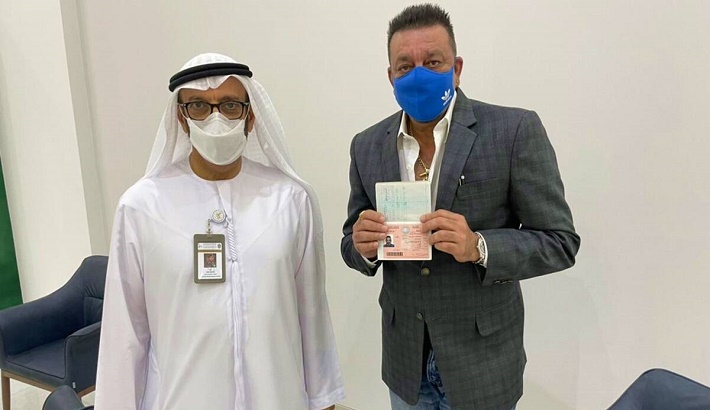 The actor thanked the UAE government for granting him the visa.
Dutt took to his social media handles to share clicks of himself holding his passport with the golden visa.

Sharing the photos, Dutt wrote, “Honoured to have received a golden visa for the UAE in the presence of Major General Mohammed Al Marri, Director General of @GDRFADUBAI. Thanking him along with the @uaegov for the honour. Also grateful to Mr. Hamad Obaidalla, COO of @flydubai for his support.”

His Highness Sheikh Mohammed Bin Rashid Al Maktoum, Vice President and Prime Minister of the UAE and Ruler of Dubai, had in November last year approved the issuance of a 10-year golden visa for professionals in a bid to keep the “talented people and great minds” in the Gulf country and help in nation-building.

On the work front, Sanjay Dutt was last seen in Toorbaz which released on Netflix in December 2020. The actor has KGF: Chapter 2, Shamshera, Prithviraj and Bhuj: The Pride of India in his kitty.

Huge increase in terrific roles for women in my age group : Kate Winslet

Jennifer Lopez Jennifer ‘impressed’ with Ben Affleck for his ‘huge…