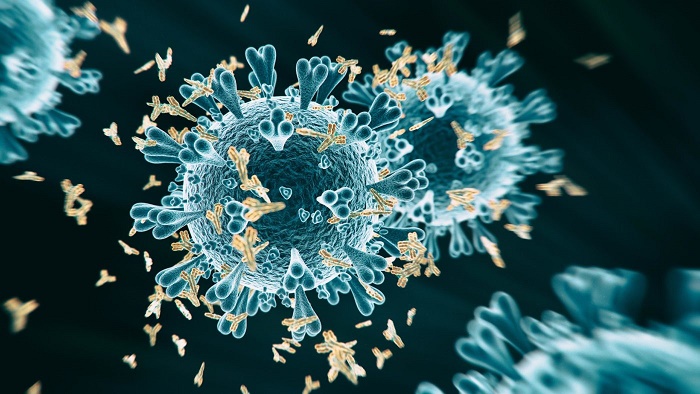 Recently 62-year-old Dr KK Aggarwal, a former president of the Indian Medical Association and a prominent face of the medical fraternity in the country died after a lengthy battle with COVID.  The Padma Shri award winner had been on ventilator support at Delhi’s All India Institute Of Medical Science (AIIMS) hospital for few days before his death. He had taken both doses of the vaccine.

Not just Dr KK Aggarwal, there are other doctors as well who succumbed to COVID-19 despite completing the vaccine course of two doses.

So, why are people dying of COVID despite both the doses of vaccine? Do the antibodies work against the variants? These and many other questions remain commonly asked in this continued fight against Covid-19. NDTV speaks with experts to understand how antibodies work and how long do they last in the body to provide protection against coronavirus.

There are basically two types of antibodies – one, which are the naturally produced antibodies when the body gets infected with the disease and the other way to acquire antibodies is through vaccines.

Dr PS Narang, Associate Director, Paediatric, Max Healthcare said, Antibodies are just number, we cannot really put it as a benchmark. Even with higher antibodies one may get the infection and vice versa. So, one should not become relaxed, virus only multiples in hosts, if we decrease the number of hosts, it won’t be able to travel, and we will be able to reduce its variants as well as it won’t be able to mutate. We need to stop that chain of transmission and that really is the key.

How Are Antibodies Formed?

Talking about the first line of defence – T cells, Dr Pradeep Suri, Pathologist, Director, Dr Suri Lab said that normally when a person contracts the virus, the first natural reaction comes in the body from T cells present in the blood. He added,

These start acting on the virus the minute it enters the body. If successful, these T-cells stall the virus from further invading the body. However, if T-cells manage to block the virus at the onset then the body never end up developing any antibodies. Therefore, there have seen in the past, cases where people developed a mild infection but on testing, they showed no signs of antibodies.

How many T cells are there in one’s body depends on how young the person is. Younger a person is, the more efficiently these T-cells work and that’s why it is seen that children have strong capabilities of fighting the virus.

Explaining the tests which are available in the market to check for T cell Immunity, Dr Pradeep Suri added,

T Cell immunity has a good role to play, but unfortunately we don’t have any marker to know if in somebody these cells have made the memory to fight the infection or not. There is one way to check the T-cell immunity and that is only while you have the infection and mostly people will end up with a very mild infection, so the need for testing won’t arise as such.

But if T cells have not managed to fight out the virus, then the activity of B cells kick-in. Their primary job is also to fight the infection and these also end up developing a strong memory. Explaining the working of B cells, Dr PS Narang said,

Whereas, in case of vaccines, antibodies are developed through the B Cells. In these as well, the number of antibodies doesn’t really matter, what matter is the specific virus protective antibodies. For example, since Covaxin is a whole virus, it will form more antibodies and Covishield will have less antibodies as it works only on spike protein. But this doesn’t mean that either of them is less effective because the one that really matters – IGG antibodies are the same in both the vaccines.

What Is Quantum Of Antibodies Produced In The Body And How Much Is Enough?

According to experts antibodies depend on how healthy the immune system is. The same level of infection can lead to different levels of antibodies being produced in different people. The same will depend upon on a person’s age, comorbidities. The healthier a person, the better the chances of producing antibodies.

Explaining how much of antibodies can be considered enough, Dr PS Narang said,

As far as patients are concerned, getting antibodies check is not necessary, we should be able to develop good antibodies against the virus after the two doses of vaccine – whether it is Covaxin or Covishield. But after taking the vaccination, it is not the time to relax, it is time to keep the mask on, maintain social distance and follow all COVID appropriate behaviour. Lot of people think, if the total of antibodies in their body is high it is nice, but it is important to know out of that total, how many are the ones that actually protect you from the virus. We need those antibodies that will end up protecting us from the virus. We need more of neutralising antibodies as they are effective in preventing the virus.

Why Do Reinfections Happen Despite Antibodies?

Experts explain that if the virus load that someone has contracted is really high, then even the presence of a good amount of antibodies cannot provide protection against the infection –  be it natural antibodies or vaccine acquired antibodies. This was the case seen in doctors who  recently lost their lives due to COVID despite getting vaccinated.

It is also said that the load is directly proportional to the exposure, meaning, the more time one spends in the presence of the virus, the higher the virus load is be going to be.

The chances are that reinfections will not be severe but one cannot let the guard down. So, wear a N95 mask or double mask and maintain social distance.

Talking about the tests available for the individuals to know the antibodies in their body,
Dr Pradeep Suri added,

The gold standard still remains the neutralising antibodies in the body. One can go for spike antibody test. But we haven’t come up with the good number or ball-mark figure that we put to these tests because of two factors – a. we don’t have enough published data, b. the same spike antibodies across different platforms are not harmonised or standardised.

So should one go for the antibody tests or not, highlighting that answer, Kartik Cherabuddi, Associate Professor for Infectious Disease and Global Medicine, University of Florida said.