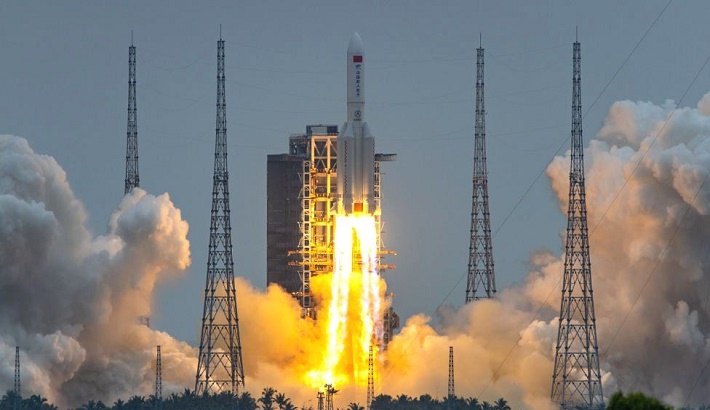 Debris from a Chinese rocket is expected to fall back to Earth in an uncontrolled re-entry this weekend.
The main segment from the Long March-5b vehicle was used to launch the first module of China’s new space station last month.

At 18 tonnes it is one of the largest items in decades to have an undirected dive into the atmosphere.

The US on Thursday said it was watching the path of the object but currently had no plans to shoot it down.

“We’re hopeful that it will land in a place where it won’t harm anyone,” US Defense Secretary Lloyd Austin said. “Hopefully in the ocean, or someplace like that.”

Various space debris modelling experts are pointing to late Saturday or early Sunday (GMT) as the likely moment of re-entry. However, such projections are always highly uncertain.