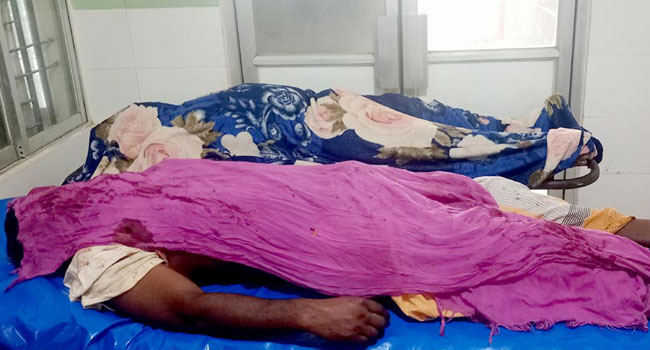 A man and his nephew were killed and two others injured in a clash between two groups over land dispute at Dungria village in Dakshin Sunamganj upazila of Sunamganj on Thursday morning.

The deceased were identified as Abdul Tahid, 62, son of Osman Mia and Ripon Mia, 42, son of Rafid Mia.
Locals said there had been a longstanding conflict between Abdul Tahid and his brother Rafid Mia’s son Ripon Mia over the ownership of a disputed land.

As a sequel to the feud, family members of both sides equipped with local weapons locked in a fierce clash at 8:00am, leaving four injured.

The injured were rushed to Sunamganj Sadar Hospital where duty doctor declared Tahid and Ripon dead.