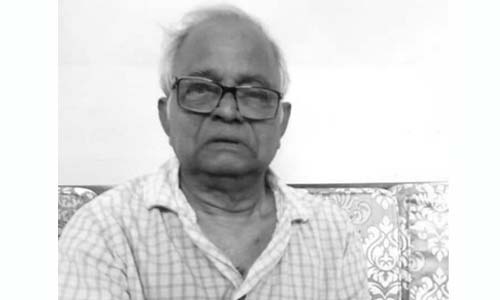 Ekushey Padak winner Indramohan Rajbangshi, who was infected with deadly coronavirus, has passed away at a city hospital.
He breathed his last on Wednesday morning at Bangabandhu Sheikh Mujib Medical University (BSMMU) while underwent treatment there.
The singer felt chest pain on April 1 and was admitted to the Metropolitan Hospital in city’s Mohakhali where he was diagnosed with coronavirus.
Later Indramohan Rajbangshi, also a Swadhin Bangla Betar Kendra artiste, was admitted to the ICU of Prashanti Hospital Limited on April 3. From there, he was shifted to the BSMMU.
President Abdul Hamid and Prime Minister Sheikh Hasina expressed deep shock and sorrow at the death of Indra Mohan Rajbongshi.
In a condolence message, the head of the state prayed for eternal peace of the departed soul and conveyed deep sympathy to the bereaved family.
In another condolence message, Sheikh Hasina said the contribution of Ekushey Padak recipient Rajbangshi, also a folk singer and researcher, to developing the country’s folk music will be remembered forever.
The esteemed artiste received the coveted Ekushey Padak in 2018 for his contribution to Folk music.
bdnews24.com adds: Rajbangshi was closely associated with the film industry and worked as a playback singer and lyricist in many short films and feature films produced in Dhaka and Kolkata.
He won the Shilpacharya Zainul Abedin award in 2007 and the World Master Certificate award the same year in South Korea.
Rajbangshi released a series of albums. He established Bangladesh Loko Sangeet Parishad in 1998, aiming to collect, research and preserve the folk songs of Bangladesh.
Share FacebookTwitterGoogle+ReddItWhatsAppPinterestEmail

Rhea Chakraborty is ‘keeping the faith’