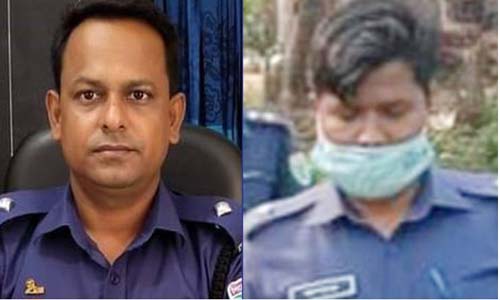 Police administration has taken action against the officers in-charge of Shalla and Dirai police station on charge of negligence in duty during the March 17 attack on Hindu houses in Sunamganj by Hefazat supporters.

OC Nazmul was suspended and attached to Barishal range while OC Ashraful was transferred to Moulvibazar, he added.

At least 35 houses belong to the people of the Hindu community in Naogaon were damaged while 40 more houses vandalised partially in an attack on the houses of minority community on March 17 allegedly after a Hindu youth criticised Hefajat Joint Secretary General Maulana Mamunul Haque on social media.

Bangladesh records highest ever 7,626 Covid cases in a single day