Fayez confirmed that he himself posted about Mamunul on Facebook 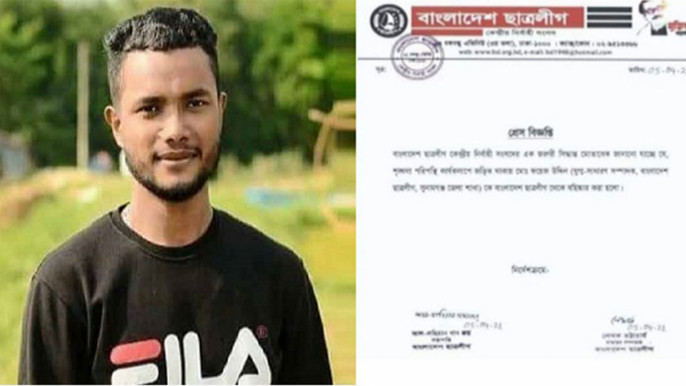 A Chhatra League leader has been expelled from the organisation over a Facebook post supporting Hefazat-e-Islam’s Joint Secretary General Mamunul Haque.

The statement said, “according to a decision of BCL central executive committee, Md Fayez Uddin (Joint-General Secretary, Bangladesh Chhatra League, Sunamganj District Branch) was expelled from BCL for being involved in anti-disciplinary activities.”

Some district BCL leaders said Fayez posted multiple posts on his Facebook account after Hefazat leader Mamunul Haque was detained with a woman in a resort of Sonargaon, Narayanganj.

In the post, Fayez spoke in favour of Mamunul Haque. The local BCL leaders then informed the central committee of the organisation.

Fayez confirmed that he himself posted about Mamunul on Facebook. However, he did not agree to talk about the expulsion.