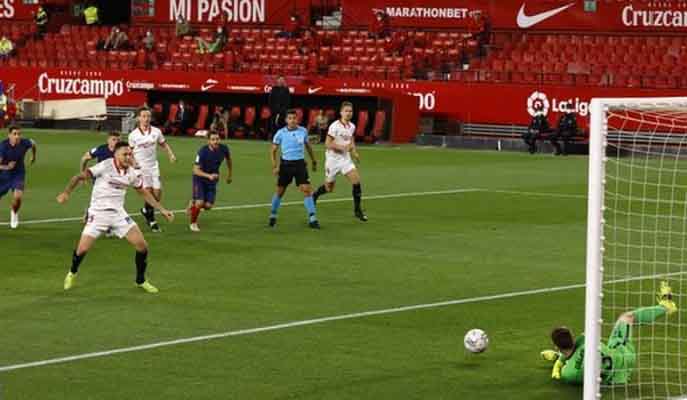 Atletico, chasing a first league title since 2014, are three points clear at the top with nine games left.

Third-placed Barcelona will move one point behind Atletico if they beat 16th-placed Real Valladolid on Monday (20:00 BST).

On a frustrating night for Atletico, Mario Hermoso wasted a chance to equalise against fourth-placed Sevilla when he blazed over from 15 yards.

Atletico pressed forward to try to avoid their third league defeat of the season, but substitute Angel Correa was denied by Yassine Bounou’s save in stoppage time.