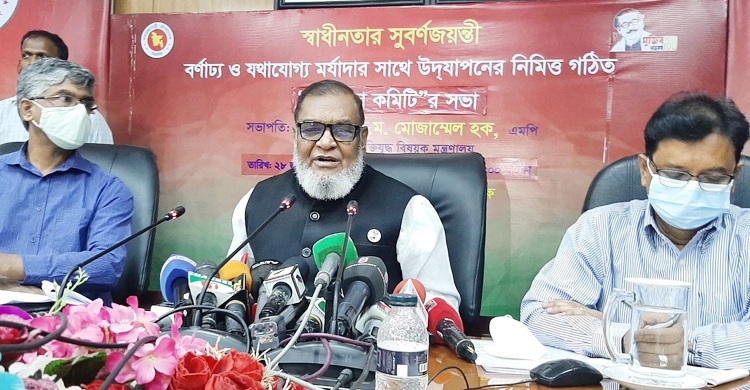 The government has disclosed a list of 191 martyred intellectuals who were brutally killed during the War of Liberation of the country in 1971.

The martyred intellectuals include writers, scientists, artists, teachers, researchers, journalists, lawyers, doctors, engineers, architects, government and non-government employees, people involved in film and theatre, social workers and cultural activists who were victims of targeted killing at the hands of the Pakistani army and their collaborators during the war in 1971.

In order to prepare the list of martyred intellectuals, the Ministry of Liberation War Affairs formed a verification and selection committee comprising researchers, freedom fighters and ministry officials on November 19 last year. From the ministry, Secretary Tapan Kanti Ghosh was made the chairman of the committee while Additional Secretary Md Shahidul Huque Bhuiyan was made a member and Deputy Secretary Rathindra Nath Dutt  member-secretary.

They prepared the list by sorting out information obtained from various research books, newspapers, magazine cuttings, TV reports, and other sources.

Moreover, the committee screened the applications of individuals from various ministries, divisions, agencies, districts, upazilas and other sources, and recommended their inclusion in the list of martyred intellectuals.