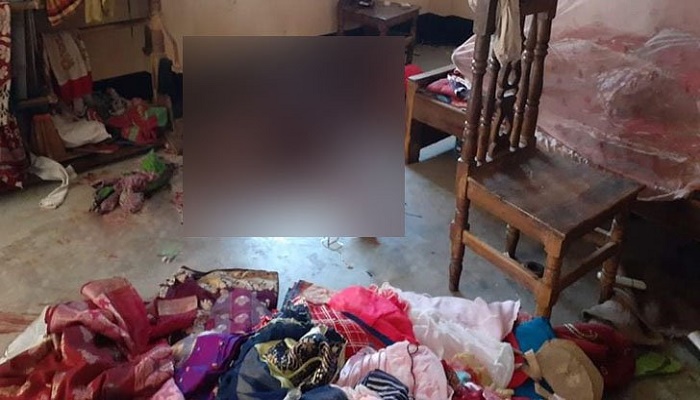 Police recovered the throat-slit bodies of a woman and her daughter from their house at Dwigambar Bazar in Bahubal upazila of Habiganj on Thursday morning.

The deceased were identified as Anjali, 35, wife of Sandwip Das and their 8-year-old daughter Puja, hailing from Lamaputijuri village at Putijuri union of the upazila. They used to live in a rented flat on 3rd floor of the building in Dwigambar.
Sandwip Das said, “Around 3:00pm, Amir, who has been living on the second floor of the building, called me and said that a group of miscreants have stolen his house”.

However, eyewitnesses said that Amir Ali might have been involved in the incident.

He said the police were collecting evidence after reaching the spot.