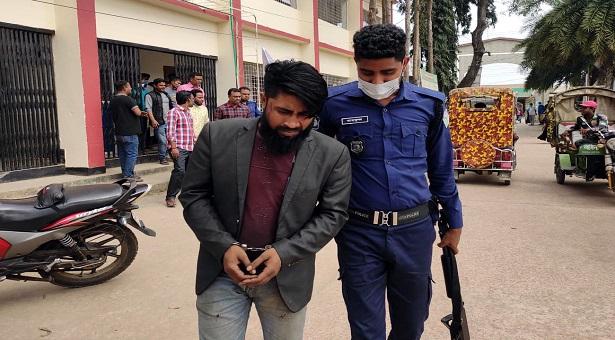 A helper and supervisor of a bus were handed over to police yesterday for attempting to rape a college student on board the bus in Nabiganj upazila of Habiganj.

They are: supervisor Riad Mia (45) and helper Ibrahim Khalil Rubel (35) of a Lucky Paribahan bus, reports our correspondent quoting police.

Locals apprehended them after the bus entered Nabiganj town at noon and handed them over to police in the afternoon, said Md Dalim Ahmed, officer-in-charge of Nabiganj Police Station.

“The incident took place on Saturday morning when the bus staffers sexually harassed my daughter and attempted to rape her when she was the only passenger on board,” the victim’s father alleged.

“I was standing in Timirpur area on the Nabiganj-Habiganj Road on Saturday morning when a Dhaka-bound bus of Lucky Paribahan stopped and picked me up as a passenger,” the victim said.

“After some time, seeing that there was nobody else on board except me, the crew attempted to rape me. In a desperate attempt to save myself, I jumped off the moving bus. Later I came home and informed my family of the horrific incident,” she added.

OC Dalim Ahmed said, “The girl’s parents informed police about the incident and locals identified the bus after hearing about the incident. When the bus entered Nabiganj town at noon today, the locals surrounded the bus and nabbed its supervisor and helper and handed them over to us,” he said.

The OC added that legal steps in this connection were underway.