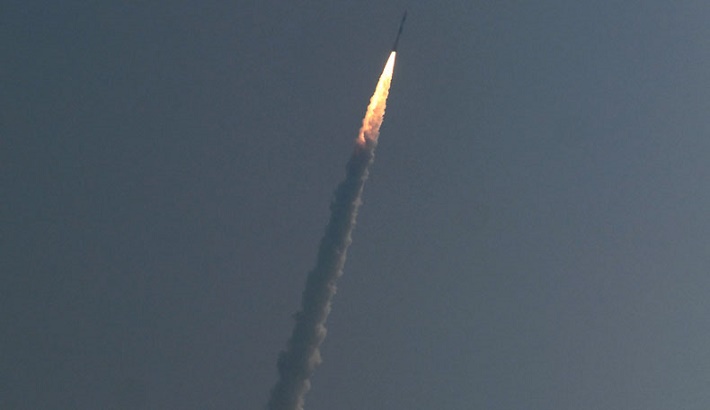 India Sunday successfully launched into space as many as 19 satellites, including the 637-kg Amazonia-1 for Brazil.

The 19 satellites were launched on board the state-owned Indian Space Research Organisation’s (ISRO) polar satellite launch vehicle PSLV-C51 around 10.30 am (IST) from the southern spaceport of Sriharkota.
This was ISRO’s first commercial mission in 2021 and PSLV’s 53rd.

PSLV will put the 19 satellites into Sun Synchronous Orbit over a duration of nearly two hours, officials said.

While Amazonia-1 is an optical earth observation satellite, the 18 ‘co-passengers’ include four of IN-SPACe and 14 of ISRO’s commercial arm, NewSpace India (NSIL).

Amazonia-1 will provide remote sensing data to help monitor deforestation in the Amazon region in Brazil, according to ISRO.

IN-SPACeeee satellites, on the other hand, will study space radiation, among other things, the agency has said.

One of IN-SPACe’s satellites is also carrying an engraved picture of Indian Prime Minister Narendra Modi symbolising his Atmanirbhar (self-sufficient) initiative.
Last year, ISRO did not launch a single satellite due to the Covid pandemic.

2 get death, 9 others life term for killing four labourers in Narayanganj