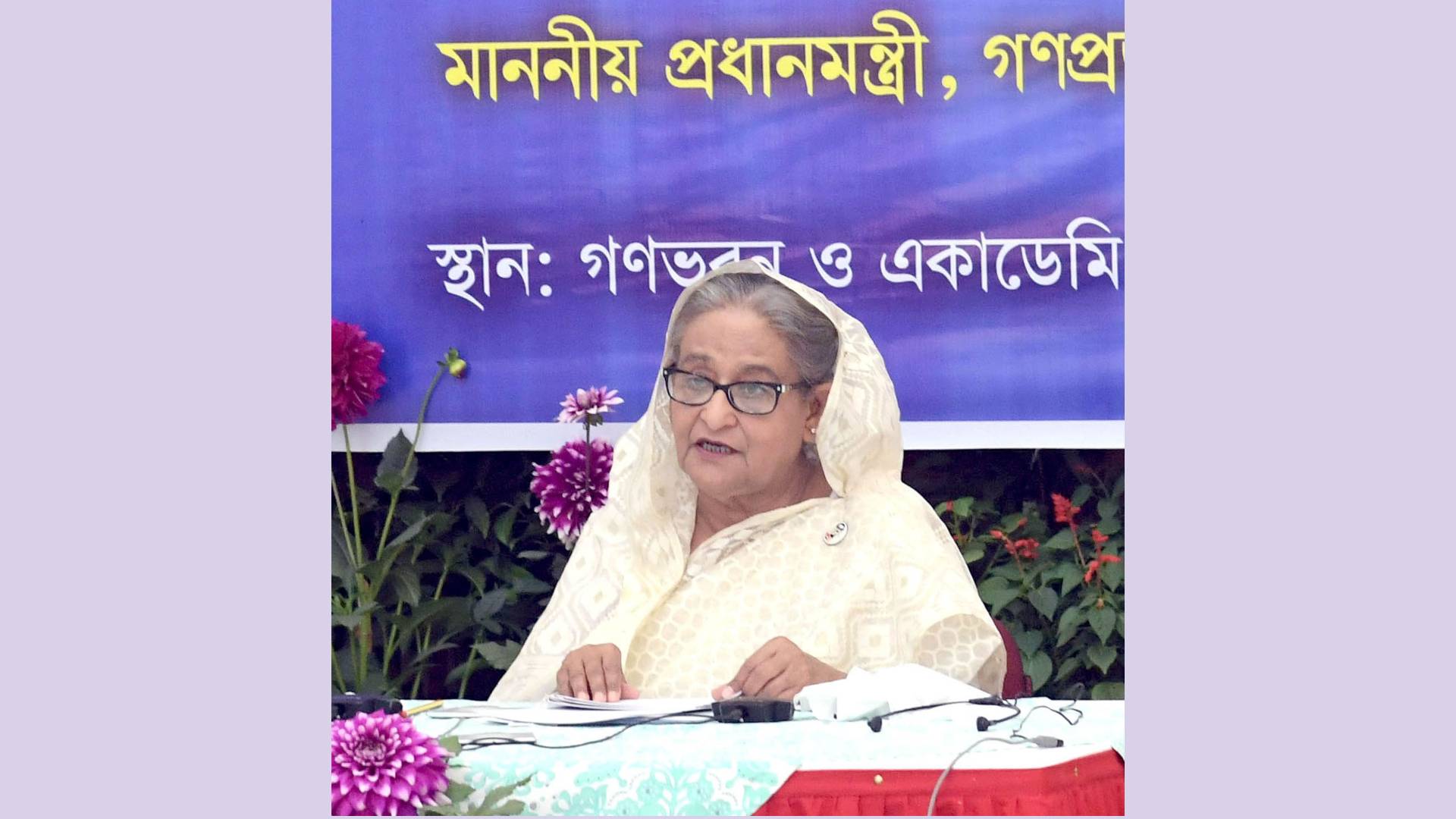 Prime Minister Sheikh Hasina on Thursday renewed her call to the people of the country to strictly maintain the health protection guidelines, even after receiving the Covid-19 vaccine.

“[You] don’t think that all the problems will be over after taking the Covid-19 shots. You’ll have to wear masks always and follow all the health guidelines to keep yourselves protected. I hope everyone will do it,” she said.

The Prime Minister made the call while addressing the Mujib Year Graduation Parade of 55th Batch Cadets of Bangladesh Marine Academy (BMA) at Chattogram through a videoconference from her official residence Ganobhaban.

She said though the government is implementing the Covid-19 vaccination programme, all should follow all the health protection guidelines, including using face masks and keeping their hands clean always as these are essentials.

Sheikh Hasina said her government has been making its all-out efforts to ensure all types of health services for the people of Bangladesh and has taken appropriate measures to that end.

Pointing at the graduating cadets, the Prime Minister urged them to brighten the image of Bangladesh both at home and abroad performing their respective responsibilities with utmost honesty, sincerity and competence in the new professional life.

She also stressed the need for exchange of civilizations and culture of Bangladesh alongside bringing back home the good practices of other nations.

“You’ll have to perform your own responsibilities with honesty, competence and sincerity so that the image of Bangladesh is brightened everywhere – at home and abroad,” Hasina added.

She asked the cadets to follow all the existing laws and rules, including maritime ones, during their works at home and abroad.

Noting that the ocean transport is the most effective to keep the world economy moving, she said the graduating cadets will have to perform a big responsibility not only for Bangladesh but also for other countries as the navigation in the sea is a very challenging job and tough task.

She said her government found BMA in a very poor condition, but they have been implementing massive programmes to modernise the academy, established by Father of the Nation Bangabandhu Sheikh Mujibur Rahman.

She said the waterway is the most important for riverine Bangladesh as it conquered a vast sea area and is constructing the deep sea port.

Assuming power, she said her government started creating various educational scopes for the students of the country, Hasina added.

“We’ll have to catch up the pace of the world. We need to receive the highest education and training to do that. We’re creating this scope,” said the Prime Minister.

Focusing on development of BMA over the last 10 years, Hasina said its teaching method was digitised, navigation simulator was set up (in 2019), and the Academy got many international recognition.

Besides, she said, a process is underway to set up ‘Engine Control Simulator’ at the academy this year for the sake of improved marine engineering training.

The ongoing development works on the BMA include construction of a new auditorium, research centre, Bangabandhu techno marine complex, mosque and swimming pool as well as setting up Marine Engine and Navigation Full-Mission Simulator Centre.

“We want to give this academy the full shape so that cadets can perform their duties at home and abroad receiving international standard training from the institute,” she said.

On behalf of the Prime Minister, State Minister for Shipping Khalid Mahmud Chowdhury handed over the medals to them.