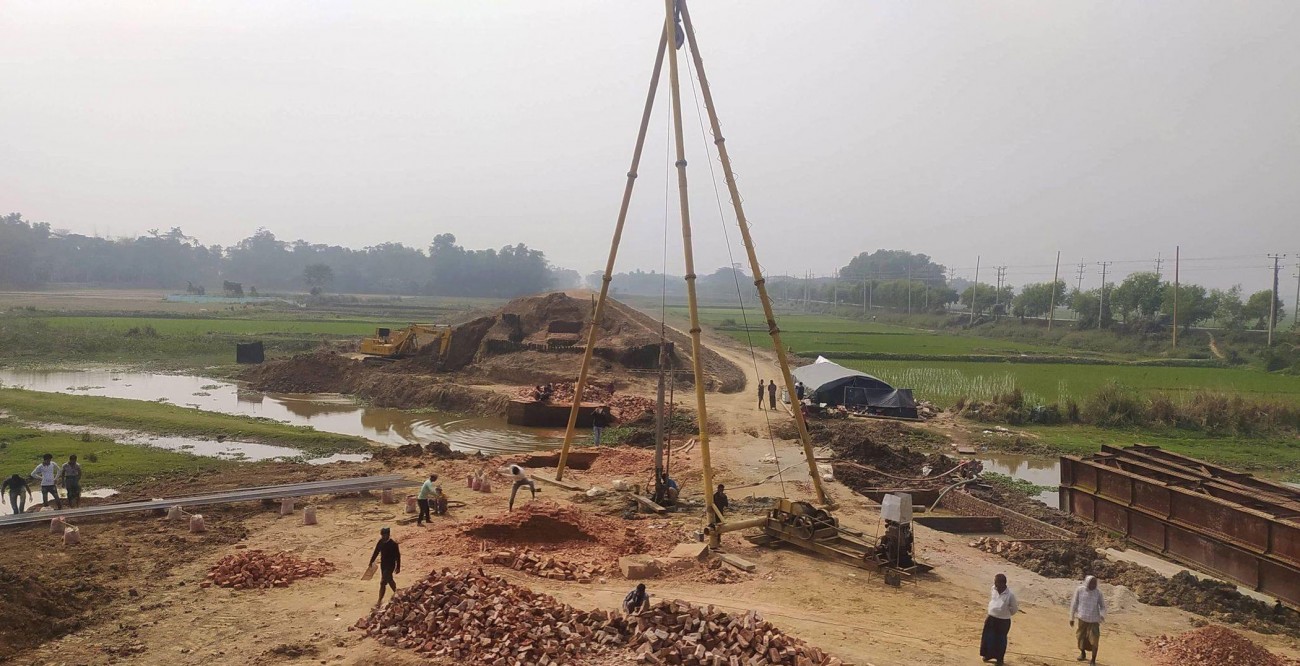 The deadline for rehabilitation work of Kulaura-Shahbazpur railway track in Moulvibazar has expired again but only 30 percent of work has been completed.

According to the railway department, the government took the initiative to rehabilitate the Kulaura-Shahbazpur railway in Moulvibazar to increase the transport of goods and regional trade between India and Bangladesh in 2010.

The project, which started on August 10 in 2016, was scheduled to be completed in December last year.

But due to the lack of supervision of the contractor and the slow pace of work, only 30 percent of the work has been completed on time.

The deadline for the completion of the remaining 30 percent of the work has been extended till June 2022.

However, the concerned people have expressed doubts about the completion of the remaining work within the extended period.

After 2010, the government took the initiative to open the closed line between India and Bangladesh to facilitate the transportation of goods and increase regional trade.

The project was approved at the meeting of Executive Committee of the National Economic Council (Ecnec) on May 28 in 2015.

The government borrowed 25 percent of the project cost from Bangladesh and the remaining 75 percent from Exim Bank of India.

The contract for the work was awarded to Kalindi Railway Construction Company, an Indian construction company.

Rehabilitation work started on August 10, 2016, after 17 years of after its closure.

Under this project, a total of 52.54 km of railway line will be laid from Kulaura railway station to Shahbazpur Zero Point with 44.6 km of main line and 6.8 km of loop line.

Apart from broad gauge and meter gauge dual lines, there are six stations and 59 bridge culverts.

The deadline ended again in December last year. During this time, the contractor has completed only 30 percent of the work.

Visiting different places of Kulaura and Juri upazilas, it was seen that the workers were demolishing the old railway bridge. The bricks and stones of the old line were being removed by truck and placed next to the line.

Sajjad Mia, 75, a resident of Joychandi village in Kulaura Upazila said, the railway was rehabilitated in 1958-60. The Kulaura-Shahbazpur rail link was closed in 2002. As a result of the closure, people of Kulaura, Juri, Baralekha and Beanibazar upazilas of Sylhet are in suffering immensely for communication and transportation of goods.

He said, only 15 percent of the rehabilitation work has so far been completed as workers started work in their area a few months ago.

Kalindi Rail Construction Company Field Supervisor Montaz Ali told this correspondent, that work on the project remained stalled for a long time after the outbreak of the coronavirus. The work has resumed recently.

Asked if the work could be completed in the extended period, he said it could not be said right now.

However, the number of labourers has been increased to finish the work quickly, he added.

Bangladesh Railway Kulaura section Senior Assistant Engineer (work) Jewel Hossain said, even though the deadline of the project was expired in December, the progress of the work was 30 percent.

Although the job was to be completed by the middle of 2018, things had to be rescheduled till December 2020, he added.

Although an attempt was made to talk with project director Md Sultan Ali but he could not be reached for his comment.