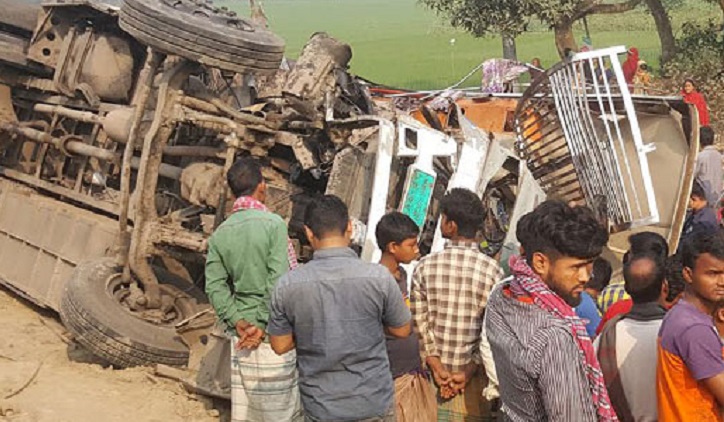 Five people were killed and 23 others injured in a collision between a truck and a passenger bus in Kamarkhand area of Sirajganj on early Tuesday.

One of the deceased was identified as Fazlul Haque, a 78-year-old freedom fighter from Bogura district. Identities of other victims are yet to be established.
The accident took place around 7.30 am on Bangabandhu Bridge West Link highway.

“The Mymensingh-bound bus ferrying passengers from Bogura crashed into the truck coming from the opposite direction this morning,”  quoted officer-in-charge of Bangabandhu Bridge West Police Station, Mosaddek Hossain.

The impact of the collision was such that five people were killed on the spot, while 23 others sustained injuries, he said.

Those injured were immediately rushed to 250-bed Bangamata Sheikh Fazilatunnesa Mujib General Hospital. “Of the 23 injured, seven people are said to be in a critical condition,” the officer said.

The bodies have been sent to the local hospital morgue for autopsy.