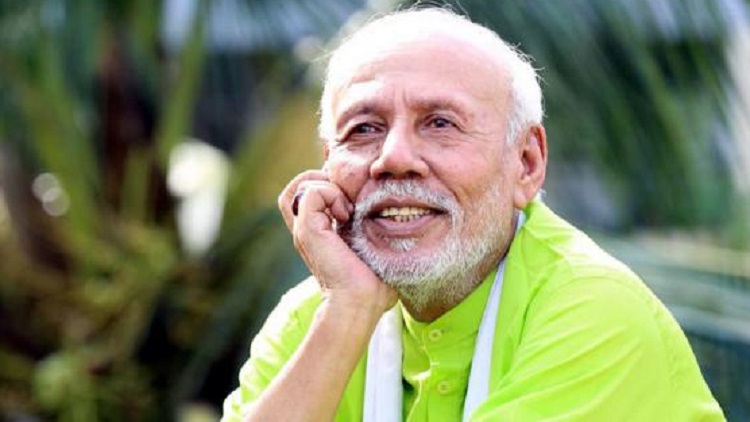 Ekushey Padak and National Film Award winning actor ATM Shamsuzzaman passed away at his residence in Puran Dhaka on Saturday morning. He was 79.

He breathed his last at around 9:00am, his daughter Koyel Ahmed said.
Earlier, he was admitted to Asgar Ali Hospital in Gendaria on February 17 with breathing problem and he returned home on Friday.

He will be buried after Asr prayers at Jurain graveyard following a namaz-e-janaza, family sources said.

His legendary acting career started in 1965. He earned his big name as an antagonist in Amjad Hossain’s film ‘Nayanmoni’ (1976).

In his esteemed career as a journeyman in Dhallywood, ATM Shamsuzzaman wrote more than one hundred screenplays. He debuted as a director with the film ‘Ebadat’ in 2009.

The legendary comedian and antagonist won six National Film Awards for Best Actor in Kazi Hayat’s ‘Dayee Ke?’ (1987), Best Comedy Actor in ‘Madam Fuli’ (1999), ‘Churiwala’ (2001), ‘Mon Boshe Na Porar Table A’ (2009), Best Supporting Actor in ‘Chorabali’ (2012) and the Lifetime Achievement Award in 2017.
He was also conferred upon the Ekushey Padak in 2015 for his outstanding contributions to Bangladesh’s film industry.