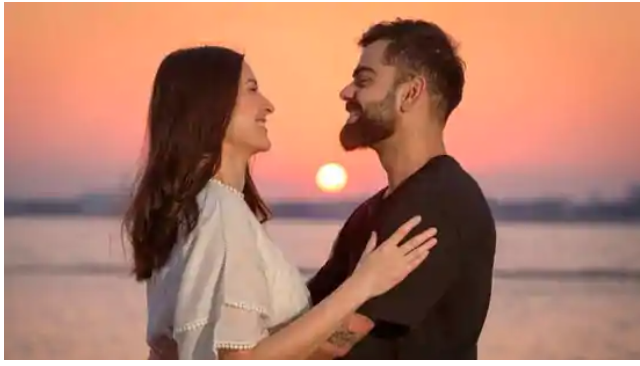 Cricketer Virat Kohli called his wife, actor Anushka Sharma, his ‘pillar of strength’ and said that she is extremely understanding of his situation. He was answering a question on how much of his performance on the field was technical and how much of it was mental.

Virat said that for him, it is 70% technical. However, mentally, his ‘great detailed conversations’ with Anushka are extremely helpful.
“Anushka and I have such great detailed conversations about the complexity of the mind and how it can pull you into negativity and what are the things that matter to put things into perspective. She has been a pillar of strength for me in that regard. Because she herself is at a level where she had to deal with a lot of that negativity. So she understands my situation and I understand her situation,” he said on the podcast Not Just Cricket with Mark Nicholas.

Virat said that he would probably not have ‘clarity’ if he did not have Anushka in his life. He added she ‘understands exactly what (he is) thinking, feeling and…going through’.

“You are in this journey forever. Everything else that you do is a part of it. You continue walking on that path together years after everything is done and dusted. Your family is growing, everything is moving on, but still, you are two people that chose to be with each other, chose to come together and move on in life, move forward from there on,” he added.

Virat and Anushka fell in love while shooting for a shampoo commercial in 2013. They got married in Italy, away from the media glare, in December 2017. Last month, they welcomed their first child, a daughter named Vamika.