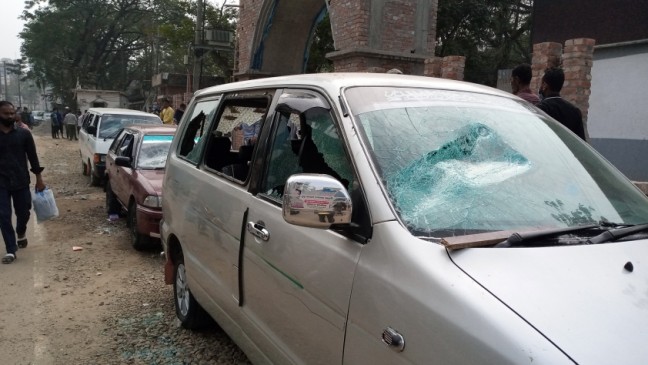 Transport workers have been locked into clashes with staffers of Sylhet City Corporation and police during the eviction drive of an illegal microbus stand, built by occupying footpath and road at Amberkhana-Chowhatta area in the city today.

Police have detained a transport worker with illegal firearms during the incident, reports our correspondent quoting police.

Transport workers locked in altercation with Sylhet City Corporation Mayor Ariful Haque Chowdhury when he along with police and SCC staffers went to the area at around 12:30pm to remove the illegal stand, police claimed.

He informed that transport workers have been demonstrating against the decision to remove the illegal stand and finally, they clashed with police and SCC staff today during the eviction drive.

Clashes are still going on in the area while police are trying to control the situation, the police official said.

None was reportedly injured till filling this report.