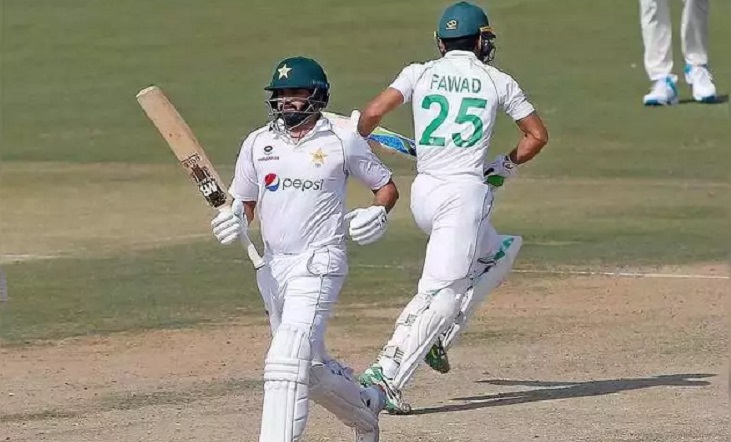 Pakistan’s Azhar Ali and Fawad Alam defied the South African bowlers as the hosts reached 104-4 at lunch on the second day of the first Test in Karachi on Wednesday.

Alam, playing his first Test at home, was unbeaten on 39 and Azhar was on 38 as Pakistan added 71 runs without losing any wickets in the morning session.
Pakistan are 116 runs behind South Africa’s first innings total of 220 with six wickets intact.

The National Stadium pitch seemed to have quietened down as South Africa’s pace and spin attack toiled hard after reducing Pakistan to 33-4 at the close on Tuesday.

Kagiso Rabada, who took 2-8 on Tuesday, looked threatening in his six-over spell but Azhar and Alam batted cautiously to take Pakistan past the 100-run mark.

But both batsmen survived scares, with left-arm spinner George Linde coming close to trapping Azhar leg-before on 29. The umpire’s not-out decision was upheld on review.

Alam could have been dismissed on 35 but Dean Elgar failed to hold a sharp edge off spinner Keshav Maharaj in the slips.