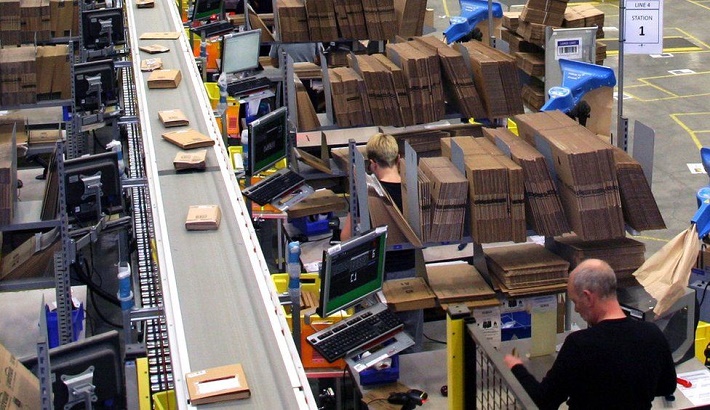 Amazon is preparing to remove some products for sale to NI customers as a result of the Irish Sea border.

It could lead to some goods like food supplements and some over-the-counter medicines being unavailable.

It would take effect when the “grace period” for GB-NI parcels expires.

Amazon said “we are planning and preparing for 1 April so we can continue to serve our customers in NI who count on Amazon with the broadest possible selection of products”.

At the beginning of the year Amazon halted beer, wine and spirits sales due to concerns that it would have to pay excise duty twice on shipments to Northern Ireland.

It is understood that Amazon is being guided by EU’s Prohibitions and Restrictions for Customs list, otherwise known as “the P&R list.”

This is a list of products which are either banned from the EU or which must undergo specific processes or checks to enter.

That includes exotic items like seal pups and nuclear waste but also covers some everyday products like some food products and animal medicines.

Northern Ireland has remained part of the EU’s single market for goods while the rest of the UK has left.

That means that goods entering NI from Great Britain are subject to EU rules.

No new checks or controls have been imposed on parcels since 1 January due to a grace period which is due to expire on 1 April.

Bitcoin energy use ‘bigger than most countries’