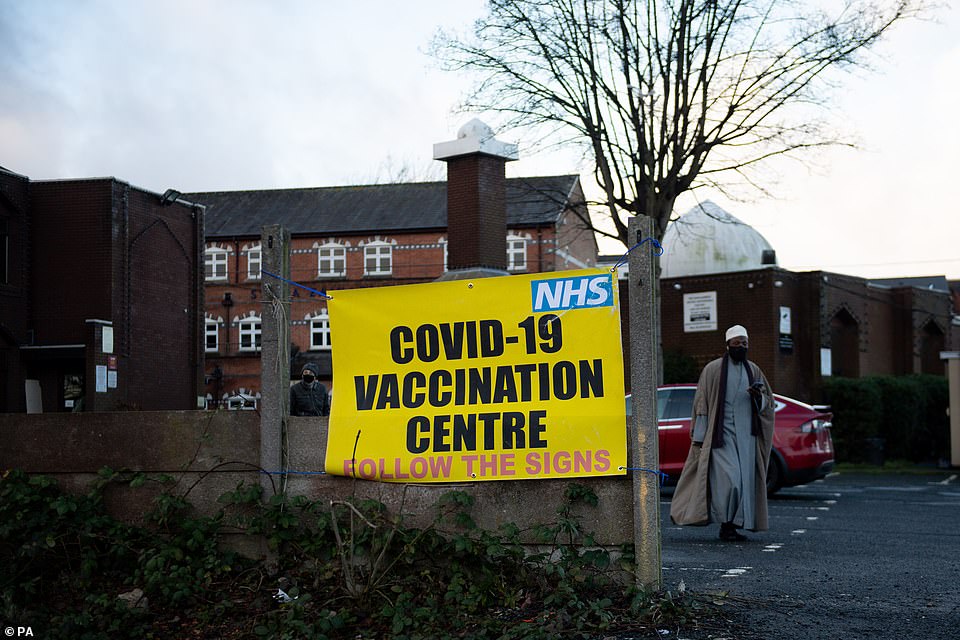 Pictured, the Al Abbas Mosque in Birmingham, which is being used as a covid vaccination centre. The research from Professor Paul hunter and Professor Alastair Grant looked at the impact of coronavirus spread following a vaccination drive and when all non-pharmaceutical interventions (NPIs), such as social distancing and mask wearing, have been lifted

A further 1,290 people had died within 28 days of testing positive for Covid-19 as of Thursday, bringing the UK total to 94,580, the government have confirmed.

Separate figures published by the UK’s statistics agencies for deaths where Covid-19 has been mentioned on the death certificate, together with additional data on deaths that have occurred in recent days, show there have now been 111,000 deaths involving Covid-19 in the UK.

The government also said that, as of 9am on Thursday, there had been a further 37,892 lab-confirmed cases of coronavirus in the UK. 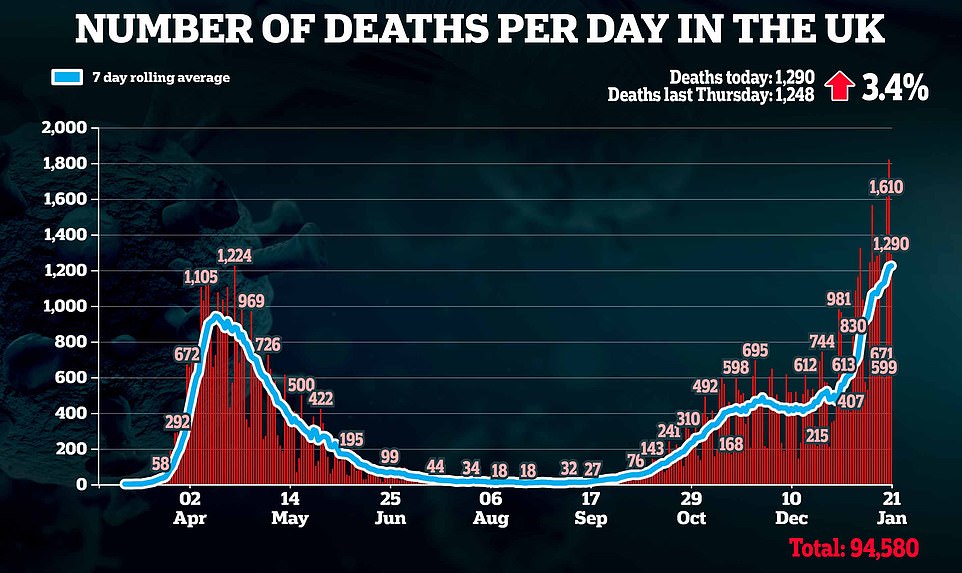 A further 789 people who tested positive for coronavirus have died in hospital in England, bringing the total number of confirmed deaths reported in hospitals to 64,111, NHS England said on Thursday.

Patients were aged between eight and 111. All except 28, aged between 25 and 97, had known underlying health conditions.

The deaths were between October 20 and January 20, with the majority being on or after January 17.

There were 20 other deaths reported with no positive Covid-19 test result.

Public Health Wales reported another 46 deaths, taking the total in Wales since the start of the pandemic to 4,392. 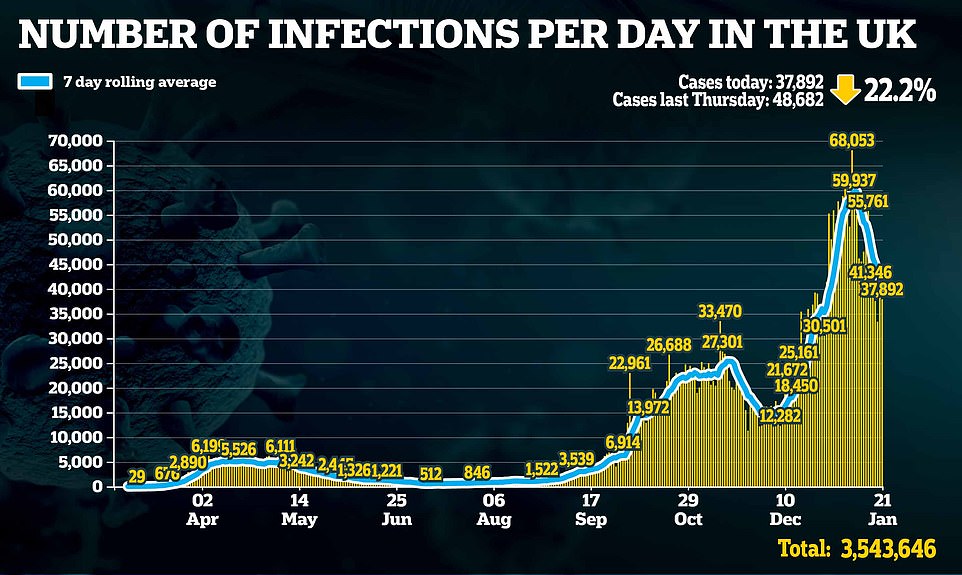 Twenty-one more people have passed away in Northern Ireland due to Covid-19.