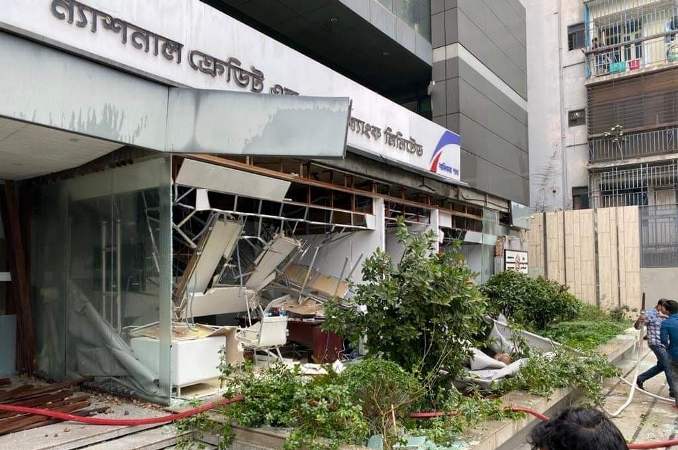 A man was killed and seven others were injured after the compressor of an air-conditioner (AC) exploded at the United Arab Emirates (UAE) visa centre in Dhaka’s Gulshan area on Wednesday afternoon.

The deceased was identified as Md Azizul Hoque, senior technician of Aziz Trade and Engineering Limited.
The explosion took place at 1:50pm on the ground floor of the NCC building.

Nazma Akter, duty officer of Fire Service and Civil Defence Headquarters control room, said “Two units of the fire service went to the spot after receiving news of the blaze but could not see the blaze. However, an explosion occurred.”

Abul Kalam Azad, senior station officer of Baridhara Fire Station, suspect the explosion took place on the rooftop, where there is a central AC system, followed that another explosion occurred on the ground floor of the building where the UAE visa processing centre located.

“We were working to removing the debris” he added.

Abul Hassan, Officer-in-Charge (OC) of Gulshan Police Station said: “I have received news of an explosion on the ground floor of a building. It was not immediately clear what caused the blast.”