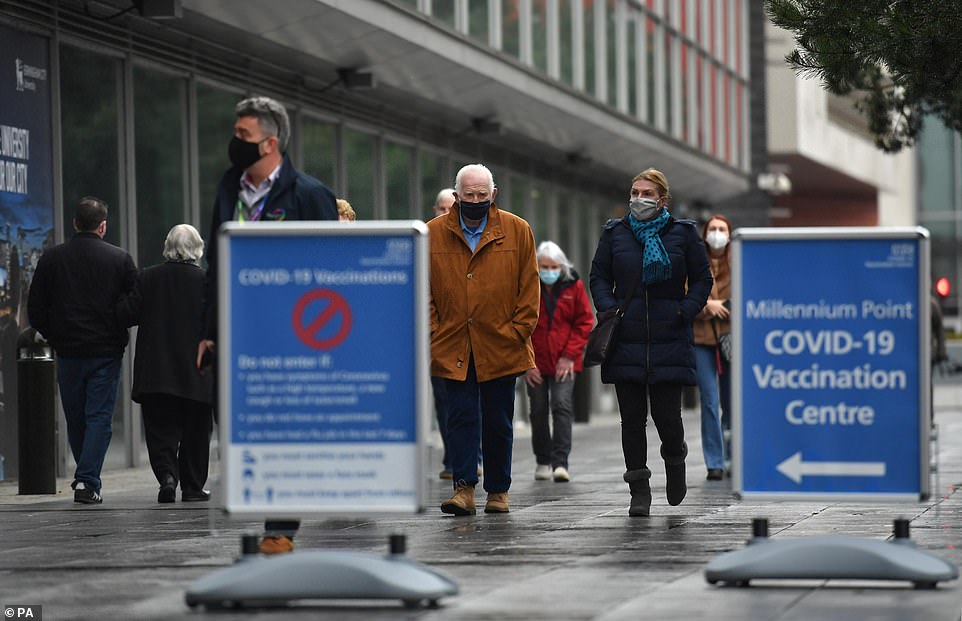 Vaccinations in progress at the Millennium Point centre in Birmingham today

There have been 1,243 deaths reported in the past 24 hours – the second highest daily increase since the pandemic began – which takes the total death toll up to 83,203.

Home Secretary Priti Patel announced at the government’s coronavirus briefing that 45,533 new cases have been reported and 35,075 people are in hospital with the virus as of January 10.

That represents a 22% increase on this time last week.

Separate figures published by the UK’s statistics agencies for deaths where Covid-19 has been mentioned on the death certificate, together with additional data on deaths that have occurred in recent days, show there have now been 99,000 deaths involving Covid-19 in the UK. 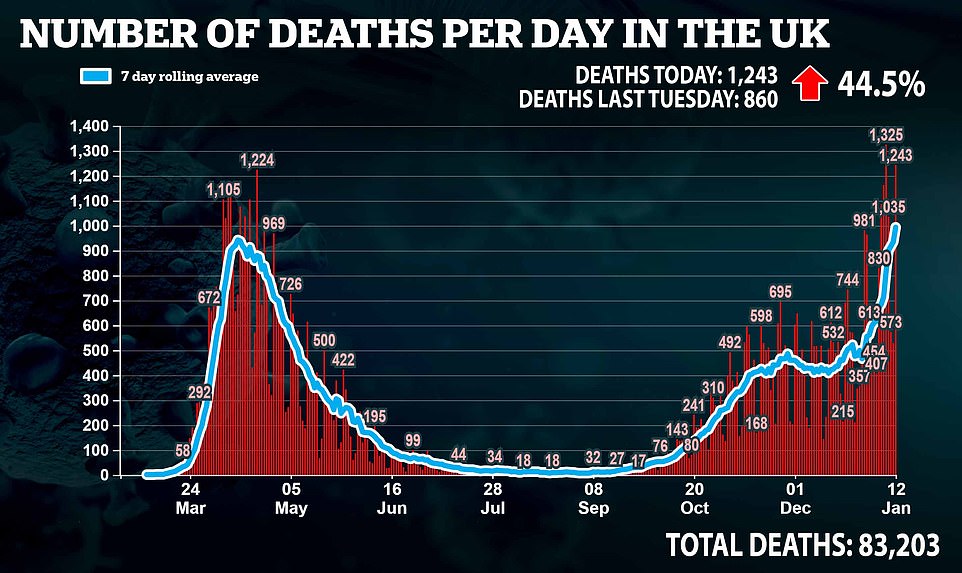 A further 747 people who tested positive for coronavirus have died in hospital in England, bringing the total number of confirmed deaths reported in hospitals to 56,816, NHS England said on Tuesday.

Patients were aged between 24 and 101. All except 41, aged between 46 and 97, had known underlying health conditions.

The deaths were between November 23 and January 11, with the majority being on or after January 5.

There were 22 other deaths reported with no positive Covid-19 test result.

There have been a further 1,332 cases of coronavirus in Wales, taking the total number of confirmed cases to 172,879.

Public Health Wales reported another 16 deaths, taking the total in Wales since the start of the pandemic to 3,997.

The agency said a total of 91,239 first doses of Covid-19 vaccine have been given in Wales, as well as 97 second doses. 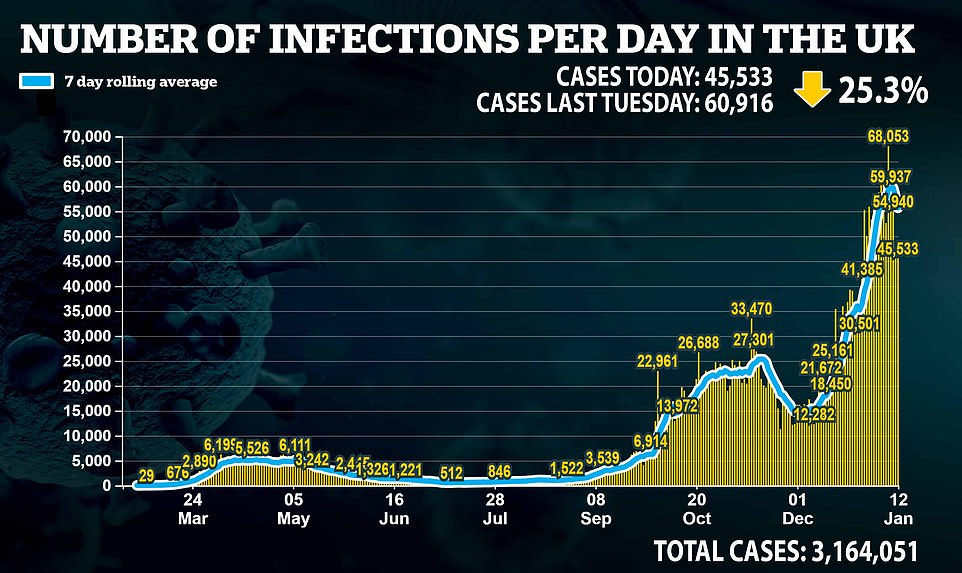 The Department of Health said: “1,205 individuals have tested positive for Covid-19 in the past 24 hours. Sadly, a further 22 deaths have been reported (four outside the 24 hour period). “

Bangladesh’s Beximco could start private sales of vaccine next month