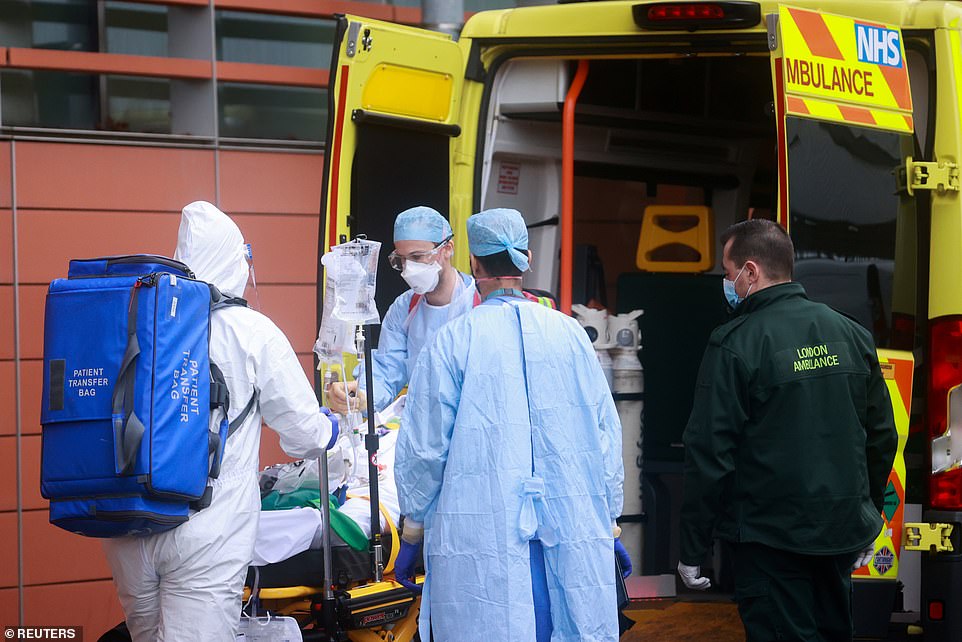 A further 529 people have died in the UK after testing positive for Covid-19,  the government has announced in the last 24 hours.

The government also announced a further 46,169 positive tests over the last 24 hours, bringing the total number of cases in the UK to 3,118,518.Here is a breakdown of the data for all four nations of the UK: 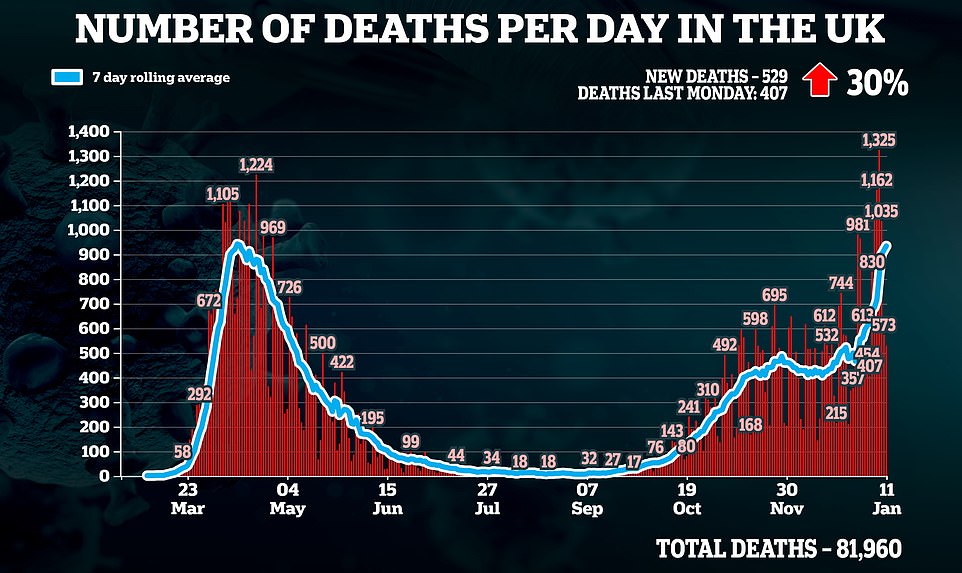 A further 489 people who tested positive for coronavirus have died in hospital in England over the last 24 hours, bringing the total number of confirmed deaths reported in hospitals to 56,069, NHS England said on Monday.

The deaths were between November 25 and January 10, with the majority being on or after January 8.

There were 16 other deaths reported with no positive Covid-19 test result. 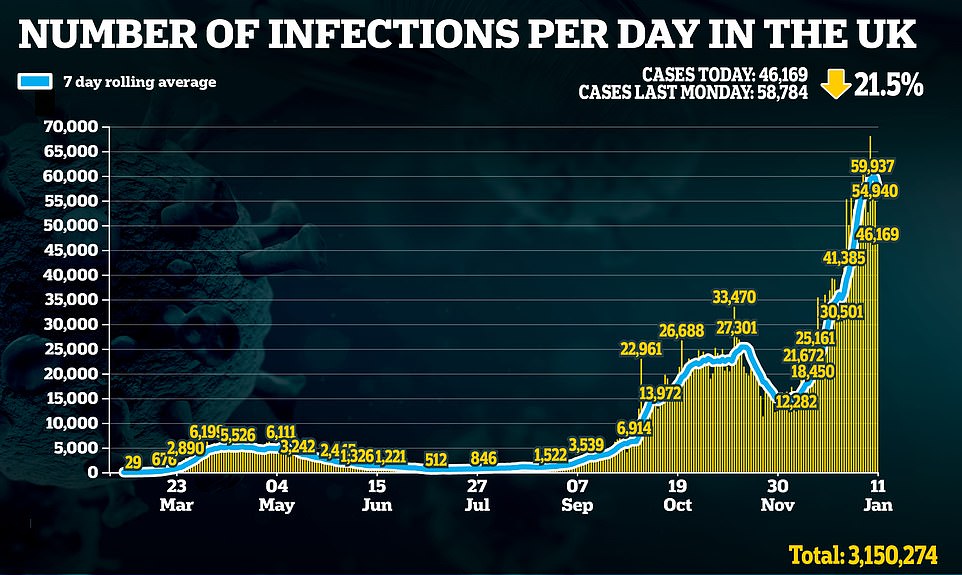 There have been a further 1,793 cases of coronavirus in Wales, taking the total number of confirmed cases to 171,547.

Public Health Wales reported another 17 deaths, taking the total in Wales since the start of the pandemic to 3,981.

One new death has also been confirmed, meaning the death toll stands at 4,969.

The Department of Health said: “759 individuals have tested positive for Covid-19 in the past 24 hours. Sadly, a further 16 deaths have been reported.”

The total number of Covid-related deaths now stands at 1,476.