Mohammad Jubair, Channel S handed special recognition for media coverage of the curry industry & community during the pandemic at the British Curry Awards 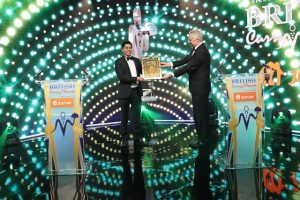 Mohammad Jubair, Chief Reporter of Channel S has been handed special recognition for media coverage of the curry industry & Community during the pandemic at this year’s British Curry Awards, which were hosted online for the first time. This recipient is a selfless humanitarian & journalist for Channel S for over many years. He has tirelessly kept the community well informed with his unique style of investigative and informative reporting, and fair analysis, and delivering groundbreaking stories on community including chef shortages, the vindaloo visa, restaurant closures, as well the continuous government guidelines policies surrounding the pandemic.His reports and work focus primarily on issues affecting the BAME and Muslim community. Despite being extremely busy with his media production, Jubair still manages to make time for Media based community work. A major part of his voluntary work occurred through London Bangla Press Club (LBPC), where he has been working tirelessly for the last 17 years. He is currently a second term elected General Secretary. 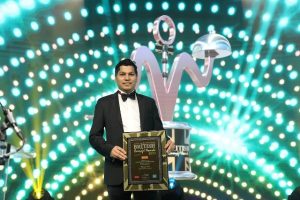 This year’s awards celebrated the industry’s unsung heroes of the pandemic (please see full awards list, below), as well as the early ‘curry pioneers’ who created the industry we know and love today in the 1960s and 1970s. The ceremony also acknowledged the many hundreds of thousands of meals the curry industry has given to essential workers, including those on the NHS frontline, since coronavirus reached the UK. 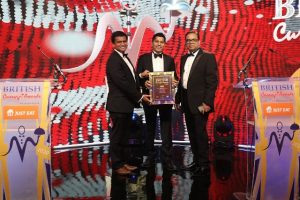 In an introduction for the awards, prime minister Boris Johnson said: “We are all experiencing very challenging times in the wake of the Covid-19 pandemic, particularly for the UK restaurant industry. It is therefore heartening and fitting that the theme for this year’s event is to reward and celebrate all the unsung heroes in the restaurant industry during the pandemic.

British Curry Awards founder Enam Ali MBE said: “I am delighted that we have been able to keep the Curry Oscars going even through this traumatic time. The winners this year are among the most exceptional we have known, feeding our friends, loved ones, and those who have defended us throughout this awful pandemic.

Mohaammed jubair said, I am truly humbled & honoured for this recognition, but I am surprised as I was always opposite side of the stage of British curry awards, last 15 Years I did report on so many winners, at this corvid-crisis time I am the recipient. As a journalist, I never thought I would be winner of curry Oscar, interestingly it is not for curry, for my contribution within media for industry & community’

Jubair Also received an award from Canary Wharf Group Plc in recognition of his leadership of the Press Club and contribution to the society. Additionally, he received Sunrise Today Media Awards and Eastwood Awards for ‘Best TV News Reporter’. He is listed as one of the British Bangladeshi Power and Inspiration (BBPI) and recognized as British Bangladeshi Who’s Who.