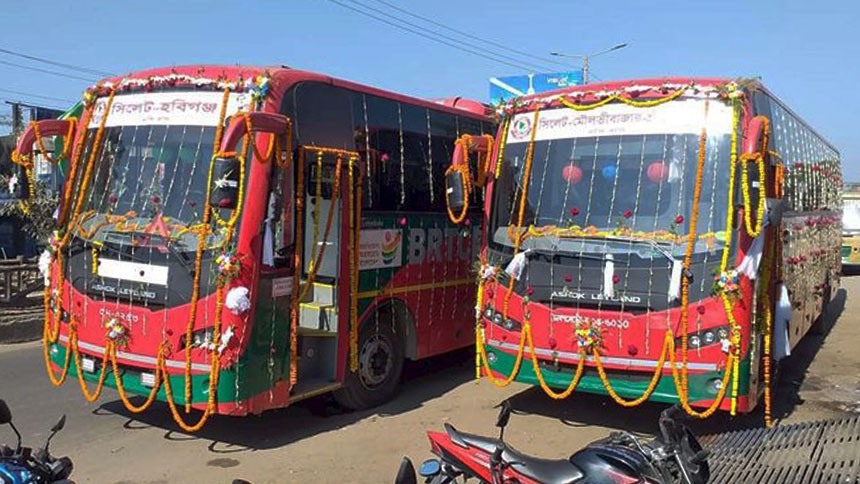 Road Transport and Bridges Minister Obaidul Quader inaugurated the bus service of these two routes through a videoconferencing from his Secretariat office in Dhaka on Tuesday (December 22).

BRTC’s Sylhet Regional Manager Julfiquar Ali said that six buses would run from Sylhet to Moulvibazar-Srimangal route and six other buses from Habiganj route. The buses will run from Central Bus Terminal at Kadamtali in Sylhet.

In his speech, Obaidul Quader, also General Secretary of Awami League, said that the proposal for the project for upgrading the Dhaka-Sylhet highway to four-lane will be placed in the ECNEC meeting for approval in the next month.

He also said that the government recently added over 1000 buses and trucks in BRTC service to make it a transport of people’s trust. Now BRTC needs to expand its network and enhance its management capability, he added.

Mohammad Jubair, Channel S handed special recognition for media coverage of the curry industry & community during the pandemic at the British Curry Awards

Staying in govt quarters is a must to avail of rent allowance: PM