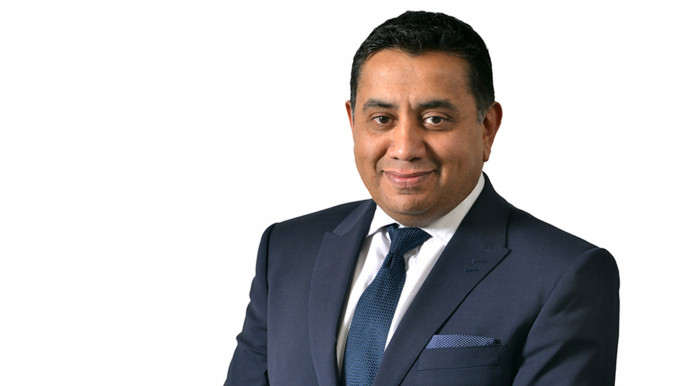 The United Kingdom wants the new government in Myanmar to take steps towards safe, voluntary and dignified return of the Rohingya to their place of origin in Rakhine State addressing the root causes of conflicts.

“The new government must work to address the valid concerns of people across Rakhine,” Lord Tariq Ahmad, Minister for South Asia and the Commonwealth at the Foreign, Commonwealth & Development Office (FCDO), told UNB while exclusively responding to a few questions.

Millions voted in Myanmar’s general election on November 8 with elections cancelled in Rakhine and the Rohingya disenfranchised, just the second since military rule ended in 2011.Aung San Suu Kyi remains hugely popular in Myanmar and is expected to win.

The UK minister reminded that the solution lies in Myanmar, and the UK is working tirelessly for accountability and justice. “We’ll also provide the political support needed to resolve this crisis in the long-term.”

He said they also want the Rakhine Advisory Commission recommendations to be implemented, including recognising the Rohingya as citizens of Myanmar and allowing them freedom of movement, as well as making sure they can access essential services, like schooling and jobs.

The government of Bangladesh has planned to relocate 100,000 Rohingyas to Bhasan Char what it says to ease the burden on Cox’s Bazar camps and avoid the risk of deaths due to landslides during the rainy season.

Several Bangladeshi media outlets have recently visited Bhasan Char and found the facilities there far better than that of Cox’s Bazar camps.

Asked about the relocation plan, minister Ahmad said the UK is absolutely clear that the relocation of Rohingya refugees to Bhasan Char must be “safe, voluntary and dignified”.”We’re extremely concerned to hear of reports of alleged abuse, including sexual abuse, taking place on the island,” he said.

Bangladesh, however, ruled out such allegations terming those reports completely false.

“We support calls by the UN for a protection mission to the island to assess whether it’s safe for people to live there. Full and detailed assessments are needed to determine this,” said the UK minister.

Concerned Over Clashes in Camps

There are incidents of clashes and killings at Cox’s Bazar Rohingya camps and Foreign Minister Dr AK Abdul Momen recently said the regional and international security will certainly be jeopardised if the Rohingya issue remains unresolved.

Asked how Bangladesh can avert such security threats, the UK minister said they are “extremely concerned” by the recent escalation of violence in Cox’s Bazar and they are relieved to see the situation has calmed for now.

“We’re grateful to our humanitarian partners for their work to help those facing this in the camps,” said minister Ahmad.

Unfortunately, he said, the trauma and violence the Rohingya people have suffered, and the prolonged crisis, has led to fears of a lost generation within the camps.

“This sense of hopelessness is likely contributing to worsening tensions and increased crime. That’s why our UK aid programmes support access to education, jobs and skills development opportunities for Rohingya people and host communities, to help people see a meaningful future for themselves,” said the UK minister.

He said their programmes also promote the rule of law and access to justice, to help keep people safe.

Bangladesh wants to repatriate Rohingya to Myanmar without further delay while a conference on sustaining support for the Rohingya Refugee Response was held on October 22.

When asked this conference was conflicting with Bangladesh’s repatriation plan, the UK minister said they welcome the government of Bangladesh’s longstanding commitment to voluntary, safe and dignified returns and share this aim.

He said they are pressing Myanmar to address the root causes of the crisis so that this can become possible.

However, minister Ahmad said, the continued violence and threat to Rohingya people’s lives in Rakhine State mean this is not possible right now.

“Until that can happen, we’ll help refugees and Bangladeshi families, and take steps that will give the Rohingya the confidence to return home,” said the UK minister.

He said the Rohingya people need reassurances from the Myanmar government on their rights to citizenship, freedom of movement, access to education and livelihoods.

“The UK is raising these issues with Myanmar and at the UN, and we’ve convened the UN Security Council three times this year with a focus on the situation in Rakhine and Chin States,” said minister Ahmad.

He said they have sanctioned two generals in the Myanmar military, as recommended by a UN independent investigation, which found them responsible for atrocities which amount to ethnic cleansing.

Minister Ahmad said the UK is extremely grateful to Bangladesh for hosting the Rohingya in their time of need and will continue to help the country until the crisis is resolved.

“Last month we announced £10 million to support Bangladesh’s coronavirus response and preparations for natural disasters such as cyclones and monsoon flooding,” he said adding that this will help Bangladesh build back better from coronavirus.

The UK also announced a further £37.5 million of new support to alleviate the suffering of hundreds of thousands of Rohingya refugees and Bangladeshi people in Cox’s Bazar, said minister Ahmad.

He said this UK aid will provide food, water and sanitation, as well as care and counselling for those traumatised by the horrific violence they have experienced.

“It’ll also improve access to education for 50,000 young people, as well as support isolation and treatment centres for people suffering with coronavirus,” he said.

“Our new funding will support more than 10,000 people from local Bangladeshi communities to cope with the economic impact of the pandemic, including through providing training and supporting business start-up funds,” he said.

The UK minister said they are also currently providing 50,000 people with food assistance to help the Bangladeshi communities living around the camps.

To date, minister Ahmad said, the UK aid has helped get more than 20,000 Bangladeshi women into better-paid jobs, more than 120,000 children and teenagers into quality education and helped over 110,000 people to access clean water.

The UK minister said last month’s conference demonstrates that the world has not forgotten the plight of the Rohingya people and the burden that Bangladesh in particular is shouldering in providing refuge and protection.

As a force for good in the world, he said, the UK is proud to have co-hosted the conference and will continue to work with Bangladesh.

“It’s been more than three years since the latest crisis in August 2017 but the Rohingya’s suffering continues, and we must not abandon them,” said minister Ahmad.

He also said, “Of course, we must continue to support those who’re generously hosting them, particularly Bangladesh.”

Along with their co-hosts, the United States, the European Union and the UN Refugee Agency, the UK urged countries to pledge new support for Rohingya refugees, host communities such as those in Cox’s Bazar, and internally displaced Rohingya in Myanmar itself.

“We’ll also provide the political support needed to resolve this crisis in the long-term. That solution lies in Myanmar and the UK is working tirelessly for accountability and justice.

Repatriation attempts failed twice in November 2018 and August 2019 amid Rohingyas’ “lack of trust” in the Myanmar government.

Bangladesh and Myanmar signed the repatriation deal on November 23, 2017.

On January 16, 2018, Bangladesh and Myanmar signed a document on “Physical Arrangement”, which was supposed to facilitate the return of Rohingyas to their homeland.

DoctorKoi: Digitising the healthcare industry, one doctor at a time