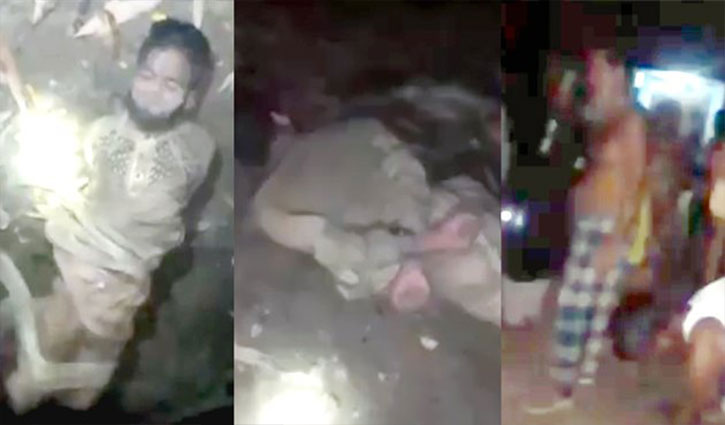 A college student was tortured after being tied to a tree over a trifling matter in Bahubal upazila of Habiganj on Saturday night.

The victim is identified as Faysal, student of BA honors at Brindaban Government College, son of Achan Ullah, hailing from Hasargaon village of Chunarughta upazila.
Quoting locals, police said that Abdul Hai and his men caught Faysal at Dwimura village in Satkapon union of Bahubal upazila at around 10:00 pm on Saturday night and beat him for two hours. Later, his hands and feet were tied and left on the ground.

Upon receiving the news, police went to the spot at around midnight and handed him over to his family.

Initially Faysal was admitted to Habiganj Adhunik Sadar Hospital where doctors sent him to Sylhet for better treatment later in the day.