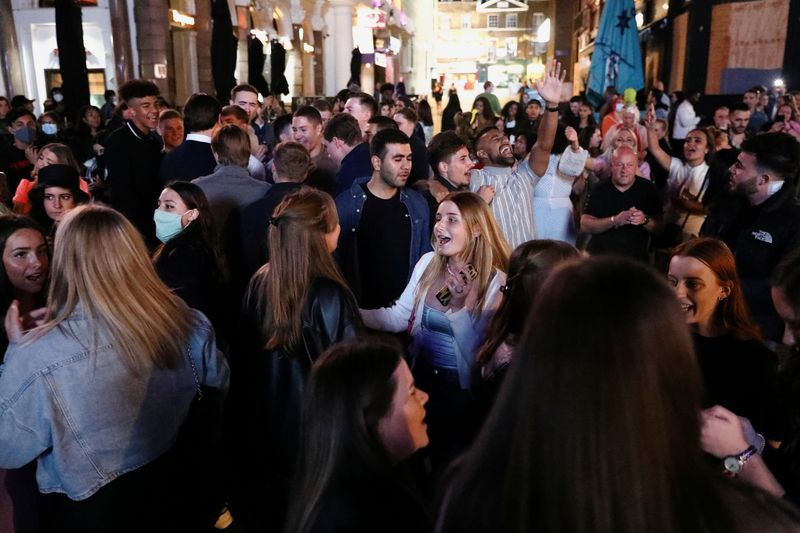 A further 16,171 lab-confirmed cases of coronavirus have been recorded in the UK bring the total number of infections to 705,428.

As of 9am on Saturday, there had been a further 150 people that had died within 28 days of testing positive for Covid-19, bringing the total number of deaths in the UK to 43,579.

Separate figures published by the UK’s statistics agencies show there have now been 58,500 deaths registered in the UK where Covid-19 was mentioned on the death certificate. 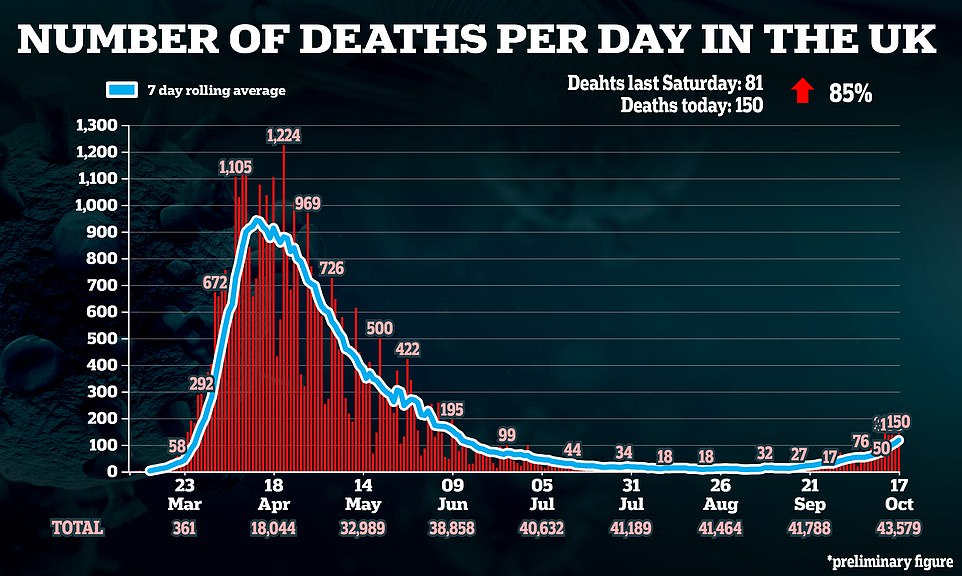 Some 13,299 people tested positive in England in the last 24 hours and a further 128 people have died, 86 of them in hospital. It brings the total number of deaths reported in hospitals in England to 30,910, NHS England said on Saturday.

Patients were aged between 44 and 99. All but two patients, aged 62 and 79, had known underlying health conditions. The deaths were between September 16 and October 16.

Three other deaths deaths in hospital were reported with no positive Covid-19 test result.

A total of 792 patients with confirmed Covid-19 were admitted to hospitals in England on Thursday, compared with 513 a week earlier. 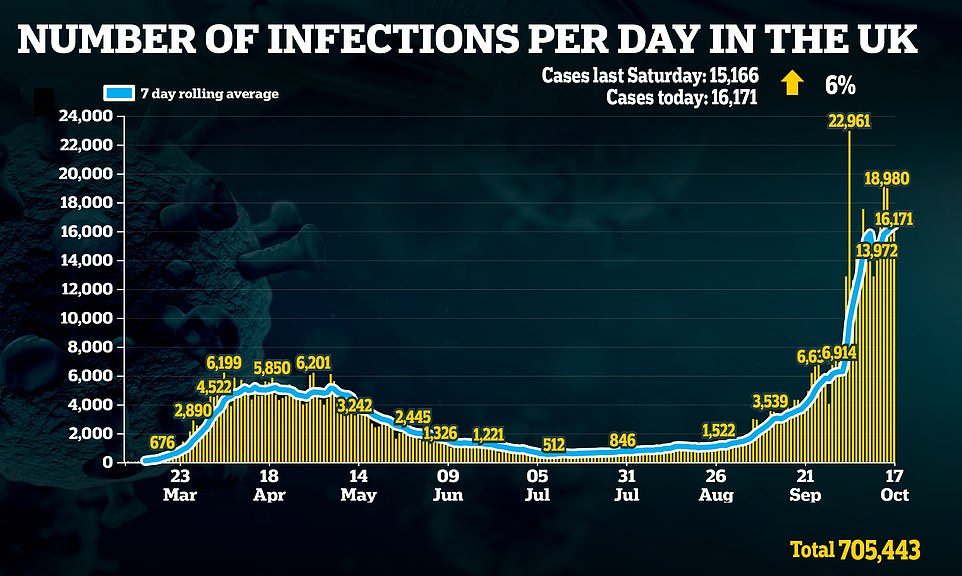 In Northern Ireland, 1,031 people tested positive for coronavirus and two deaths were recorded.

Some 1,167 people in Scotland tested positive for coronavirus and 15 people died.

There have been a further 674 cases of Covid-19 diagnosed in Wales, bringing the total number of confirmed cases in the country to 34,679.

Public Health Wales said five further deaths had been reported, with the total number of deaths since the beginning of the pandemic rising to 1,708.

In Wales, 442 Covid-19 patients were in hospital as of Friday, up from 291 a week earlier, with 32 in ventilation beds, remaining the same figure as a week earlier.