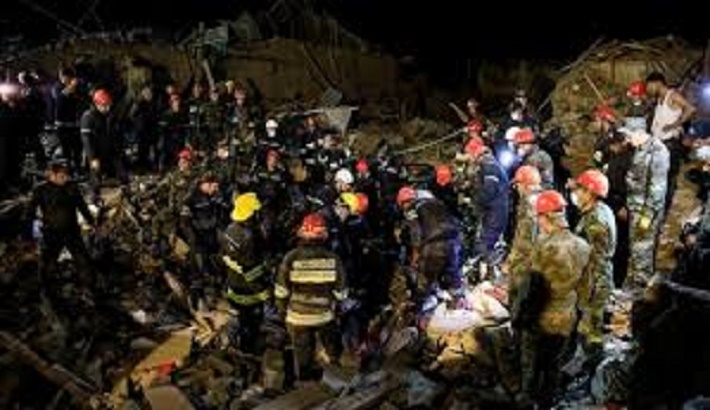 Azerbaijan has said at least 12 people have died after shelling levelled a row of homes in the city of Ganja, with 40 more wounded in a sharp escalation of the conflict with Armenia over the region of Nagorno-Karabakh.
The Azeri prosecutor general’s office said that two shells hit apartment buildings in the country’s second largest city. There has been no official reaction from Armenia as yet.

The attack on Saturday, which saw a second strike in another part of Ganja and a third reach the nearby strategic city of Mingecevir, came hours after Azerbaijani forces shelled the ethic Armenian separatist region’s capital, Stepanakert.

The spike in violence further undermines international efforts to calm a resurgence of fighting between Christian Armenians and Muslim Azerbaijanis before it draws in regional powers Russia and Turkey.

The attack came only six days after a missile struck another residential part of the city of more than 300,000 people, killing 10 civilians.

The mountainous western region of Azerbaijan has remained under separatist ethnic Armenian control since a 1994 ceasefire ended a brutal war that killed 30,000.

The Gambia submits case against Myanmar for Rohingya genocide

US Election 2020: Trump and Biden row over Covid, climate and racism