Jahanara eyeing to have taste of championship 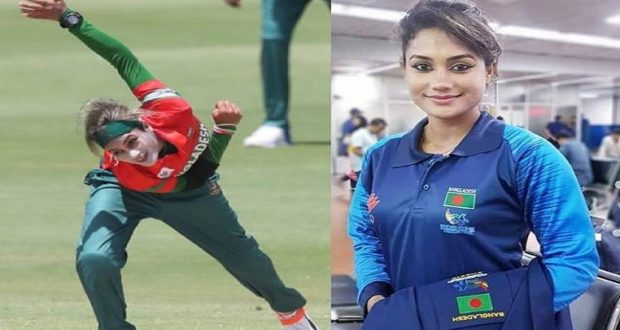 Bangladesh women pacer Jahanara Alam is eyeing to have the taste of the championship as she prepares to feature in the upcoming edition of the Women’s T20 Challenge 2020.

Jahanara, who is the only Bangladeshi to feature in successive editions of the tournament that is known to be women’s IPL, still regrets failing to clinch the trophy.
The right-arm pacer feels that if she managed to play a little better and bowled a little tighter in the fourth over of the final along with earning a breakthrough it would have been a different case altogether suggesting her team would have claimed the coveted cup.

“I don’t have any specific goal. I will move forward with the same plan that I always carry that to perform for the team,” said Jahanara.

“In that sense, my main goal is to guide the team through my performances,” she added.

In the last edition, Jahanara played two matches for Velocity while she failed to deliver in the opening game giving away 34 runs in four overs she was on fire at least in the opening three overs giving away eight runs but still regrets leaking 13 runs in her last over though managing to earn to breakthroughs.

Jahanara added that she wants to make amends if she has the opportunity.
“I want to use my experience this time around because in these high voltage matches experience matters the most,” said Jahanara.

“Not everyone has the opportunity to play on this type of platform. I got this opportunity again. I want to use this,” 27-year-old women said.

After the seven months of enforced lay-off for corona pandemic cricket finally resumed in Bangladesh though domestic cricket is yet to start on full scale.

Despite this trying time having the opportunity to play in the women’s IPL looks to motivate her more than anything else and she revealed that she is taking the preparation for quite some time.

“I am preparing for quite some time and looking forward to playing in the tournament,” said Jahanara.

“Now the only thing is to pass the corona test,” she said.

If everything goes well, Jahanara will leave the country for the UAE along with Salma Khatun on 21st October as Salma is expected to feature for Trailblazers in the competition. Before departure, they have to go through two stages of corona tests.

They have completed the first test was done on October 14 while the second test will be taken on October 19 just 72 hours before their flight.