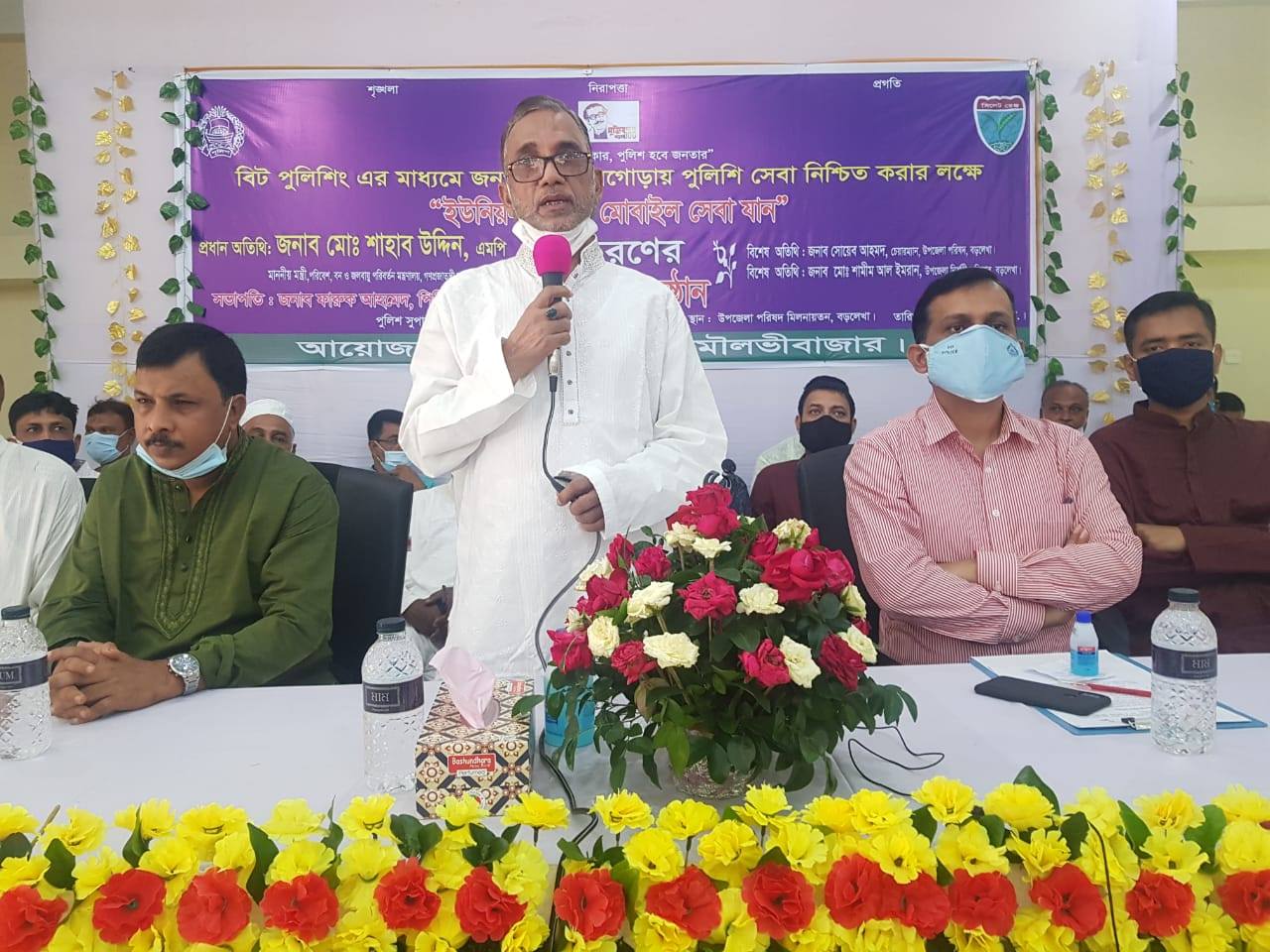 Addressing a gathering of police personnel and general public, he said: “With the mutual cooperation of the police and the people, we will be able to build a livable society free from all kinds of illegal activities including drug abuse and terrorism.”

The minister said this while addressing as the chief guest the handing over ceremony of union-based mobile service vehicles to ensure police services to the people through beat policing here.

The minister also called upon the district police to take more effective measures to deter the youth from all anti-social activities including drug abuse.

He said other necessary initiatives would be taken to facilitate the activities of the police, including providing of modern speeding vehicles.

He said the timely decision of Prime Minister Sheikh Hasina has made it possible to successfully control the global coronavirus epidemic in Bangladesh.

He said financial assistance has been provided to all the helpless sections of the society during this extreme crisis.

The minister said as a result of the government’s initiatives, there will be no unemployed, homeless and foodless people in the country.