‘No peace’ in Mideast without end to Israel occupation: Abbas 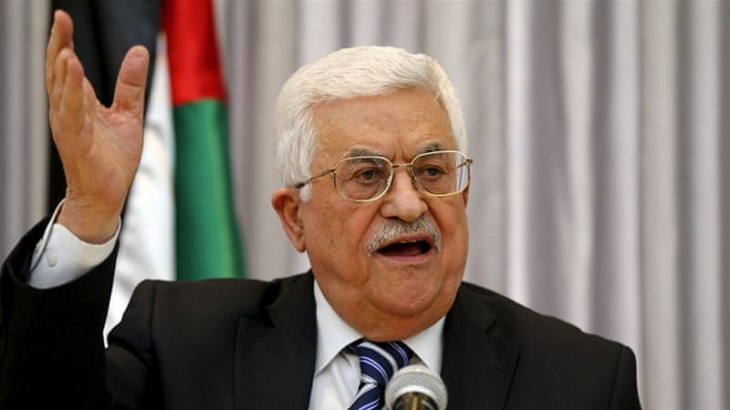 Palestinian leader Mahmud Abbas said Monday only an Israeli withdrawal from occupied territories can bring peace to the Middle East, as the UAE and Bahrain signed normalisation accords with the Jewish state.

“Peace, security and stability will not be achieved in the region until the Israeli occupation ends,” he said in a statement after the signing in Washington of the deals, condemned by the Palestinians as a “betrayal” of their cause.

Israel normalised relations with long-time foes Bahrain and the United Arab Emirates at a White House ceremony on Tuesday as President Donald Trump said similar US-brokered deals were close between the Jewish state and “five or six” other nations.Israeli Prime Minister Benjamin Netanyahu and the foreign ministers of Bahrain and the UAE sealed the historic agreements with a signing ceremony on a flag-decorated White House lawn.

Hundreds of guests attended the event despite the coronavirus pandemic but there were no ceremonial handshakes to cement the agreements.

Bahrain and the UAE are the first Arab nations to establish relations with Israel since Egypt in 1979 and Jordan in 1994 and Trump, who is hoping the deals will boost his reelection hopes, hailed it as a “historic day for peace in the Middle East”.

“After decades of division and conflict we mark the dawn of a new Middle East,” Trump said. “We’re here this afternoon to change the course of history.”

He said the agreements “will serve as the foundation for a comprehensive peace across the entire region” and “there will be other countries, very, very soon.”

Speaking to reporters before the ceremony, Trump said, “we’ll have at least five or six countries coming along very quickly.””It heralds a new dawn of peace,” he said. “Ultimately it can end the Arab-Israeli conflict once and for all.”