Man charged with murder after fatal stabbing in Enfield 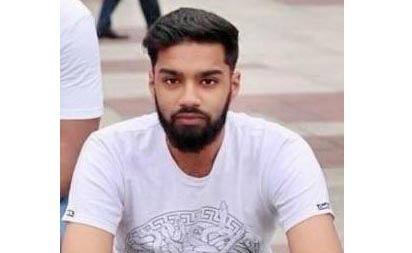 [VICTIM]: Nahid Ahmed, who was aged 26 and from Enfield

Detectives investigating a fatal stabbing in Enfield on Sunday, 13 September, have charged a man with murder.

Police and London Ambulance Service were called to Holbrook Close, EN1 at around 00:40hrs on Sunday, 13 September to reports of a man collapsed.

Despite the efforts of emergency services the man was pronounced dead at the scene. He has been named as Nahid Ahmed, who was aged 26 and from Enfield.

His next of kin are aware.

A 43-year-old man who was arrested near to the scene has been charged with murder.

He appeared at Highbury Corner Magistrates’ Court on Tuesday, 15 September and has since been remanded to appear at the Central Criminal Court on 17 September.

Detective Chief Inspector Katherine Goodwin, from the Met’s Specialist Crime Command, is leading the investigation and enquiries into the circumstances remain ongoing.

Anyone with information that could assist police is asked to call 101 or tweet @MetCC and quote CAD369/13Sep. Alternatively, call the independent charity Crimestoppers on 0800 555 111.

Around 20 minutes prior to the murder, police received a call from the 43-year-old male alleging an assault. As a result of this call, the Met’s Directorate of Professional Standards has been informed.