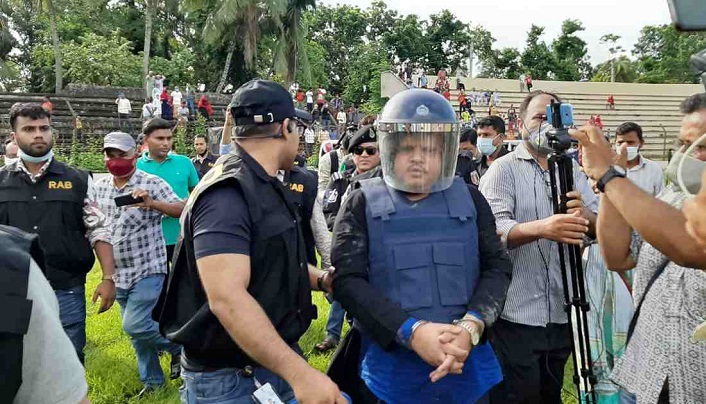 A Dhaka tribunal read out charges to him from the statements of prosecution witnesses in the case.

The accused made the submission while giving his self-defence statements today against the statements given by 10 prosecution witnesses before the tribunal earlier.The tribunal then fixed tomorrow for arguments in the case.

On August 19, a tribunal in Dhaka took the charges against Mohammad Shahed into cognizance and fixed August 27 for hearing on charge framing in an arms case.

The arm case was filed with Uttara Pashchim Police Station.

Members of Rapid Action Battalion (RAB) arrested Shahed from a bordering area of Satkhira on July 15.

Rab members also recovered a firearm and some bullets from his possession.Law enforcers raided Mirpur and Uttara branches of Regent Hospital on July 6 on charge of issuing fake Covid-19 certificates and charging the admitted patients exorbitant fees.

The Regent Group head office along with both the hospitals was sealed off and 16 people, including the chairman, were sued on charge of issuing fake coronavirus test reports.