Amitabh Bachchan says Aaradhya asked him not to cry and said ‘you’ll be home soon’, pens an open letter to haters 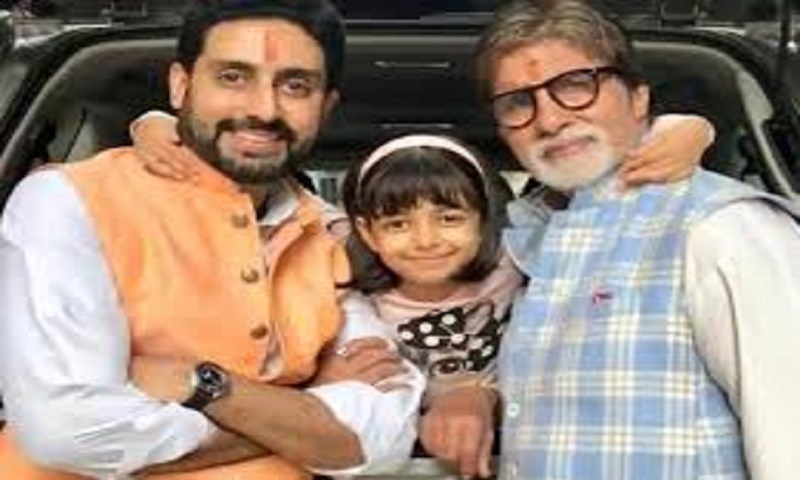 Amitabh Bachchan couldn’t hold back his emotions when daughter-in-law Aishwarya Rai and granddaughter Aaradhya were discharged from the hospital on Monday after testing negative for Covid-19. The actor has shared how Aaradhya asked him not to cry and assured him that he too will be discharged soon.
Expressing his thoughts in his blog Monday night, Amitabh wrote, “… they go home the little one and Bahurani .. and the tears flow out .. the little one embraces and tells me not to cry ..’you’ll be home soon’ she assures .. I must believe her.”

The 77-year-old went on to talk about how he constantly thinks of documenting his thoughts and added, “let them hear see and read the other side of the coin.”

The Piku actor has also written a note to the anonymous trolls who have been wishing his ill health. Sharing one such instance, he wrote, “they write to tell me … “I hope you die with this Covid.”

In an open letter to all such trolls, he wrote, “Hey Mr Anonymous .. you do not even write your Father’s name ,.. because you do not know who Fathered you .. there are only two things that can happen .. either I shall die or either I shall live .. if I die you wont get to write your diatribe anymore, by weathering your remark on a celebrity name .. pity .. for , the reason of your writing to be noticed was, because you took a swipe at Amitabh Bachchan .. that shall no longer exist .. !!”

Talking about the force of his fans, he added, “if by God’s grace I live and survive you shall have to be ‘weathering’ the ‘swipe’ storm , not just from me , but on a very conservative level, from 90+ million followers .. I have yet to tell them to .. but if I survive I shall .. and let me tell you they are a force incensed .. they traverse the entire World .. from the West to the East from the North to the South .. and they are not just the Ef of this page .. that extended family shall in the flash of an eye become ‘extermination family’ .. !!!!.. all I shall say to them is .. ‘Thok do s***o ko’.

He ended the note with, “May you burn in your own stew !!”
Amitabh and Abhishek will continue to recuperate at the Nanavati hospital while Aishwarya and Aaradhya are back home. Abhishek had informed on Twitter on Monday, “Thank you all for your continued prayers and good wishes. Indebted forever. Aishwarya and Aaradhya have thankfully tested negative and have been discharged from the hospital. They will now be at home. My father and I remain in hospital under the care of the medical staff.”