24 hurt as bus plunges into ditch in Sunamganj 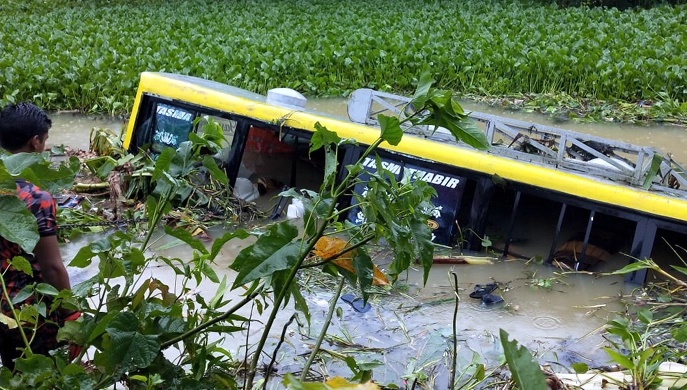 At least 24 people were injured when a bus carrying them plunged into a ditch at Janigaon area of Lakhanshri union under Sadar upazila of Sunamganj on Tuesday morning.

The identities of the injured persons could not be known yet.
The accident took place around 10:30am when the driver of the vehicle lost control over the steering.

Salman Khan is farming in Panvel