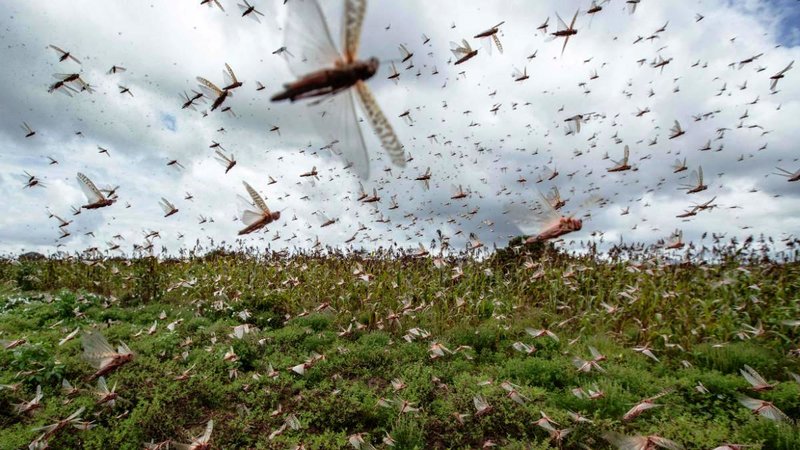 Witnesses said they watched the swarms moving in clusters in the sky outside their building and many people recorded the videos of the swarms from their apartments and posted them on social media.
The clusters of desert locusts were seen covering the skyline.

According to residents, the swarms entered from Jhajjar district.

The administration has also advised farmers to keep their pumps (for insecticide spray) ready so that they can be used when needed.

The locust attack has ravaged parts of Uttar Pradesh, Rajasthan, Punjab, Gujarat, Madhya Pradesh, and a few other states for over a month.

Last month local government in Delhi issued an advisory on preventive measures to control a possible locust attack in its territory.
The advisory called for organising awareness programmes for public and farmers to prevent the probable attack of swarms of locusts in the national capital territory (NCT) of Delhi.