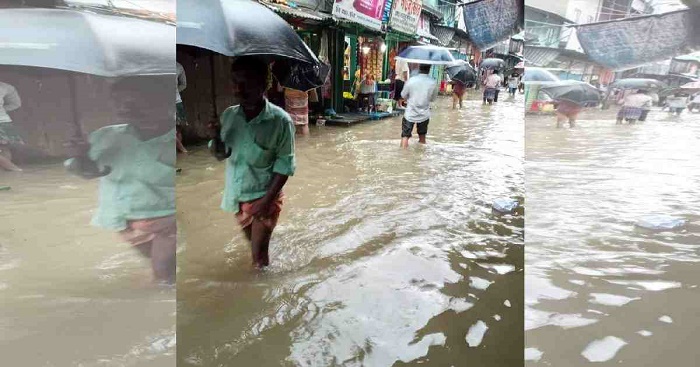 Flash floods, triggered by heavy rains and upstream water, have inundated Sunamganj town and 11 upazilas of the district, rendering thousands of people marooned.

Bishwambharpur UNO Samir Bishwas said flood water entered the ground floor of his house.
Meanwhile, flood water started entering Sohala village in Tahirpur upazila as an embankment collapsed in the south side of the village.

Shelter Centre and Control Rooms were opened in each upazila of the district, said the DC adding that 410mts rice, Tk 29.70lakh was allotted for food-hit areas.

Husband, wife among 3 killed as car plunges into ditch in Comilla