Digital Bangladesh a gift to nation from Sheikh Hasina 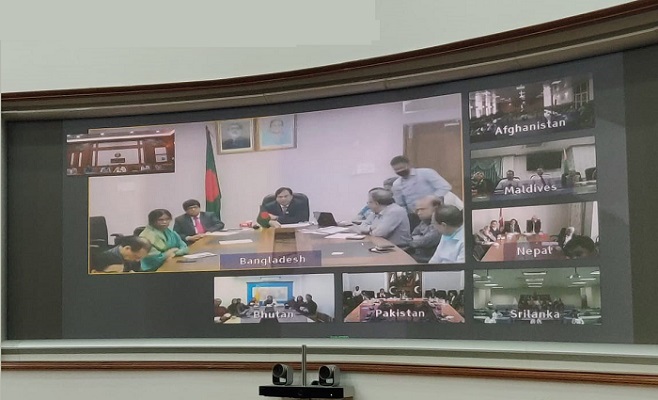 Prime Minister Sheikh Hasina has made a dream come true by transforming Bangladesh into a digital country, which has paved the way for the people to get their necessary services digitally.

People are getting their desired services through digital platforms. Students now get exam results online, farmers can know the prices of their agri produce thanks to the country’s digitisation.

Besides, digitisation has created huge job opportunities for youths. Mobile banking is the gift of digital Bangladesh and it is increasingly getting popular among the people.Sheikh Hasina, also the president of the ruling Awami League, first came up with the idea of digital Bangladesh through her party’s poll manifesto ‘Vision 2021’ before the 2008 national elections.

“Many criticised the idea at that time. My dream has come true as people can now get benefits through digital platforms even in the rural areas,” Sheikh Hasina said at a recent programme through videoconferencing from her official residence Ganabhaban.

The premier even is clearing files digitally.

The official record shows that some 100 million people have been using the internet while different kinds of business, including e-commerce and f-commerce, have been boosted due to the digital facilities.

Students of different classes are receiving lessons online while important government and private meetings are being held digitally.According to technology experts, broadband internet service has been expanded to the country’s rural areas in the last decade of the Awami League rule.

Some 2,600 unions are connected through broadband connections while 1,200 unions have BTCL connections.

Awami League presidium member Dr Abdur Razzaque told the daily sun that people has been getting benefit of the digital Bangladesh in business, commerce, health, education, government and private offices and many more sections.

“Awami League’s dream of Digital Bangladesh has been materialised,” he said, adding that all kinds of activities in social and economic indexes have been expedited.

Razzque, also agriculture minister, said a revolution has taken place in the country’s communications sector under the dynamic leadership of Sheikh Hasina.

Amid the surge in coronavirus cases, businessmen are running their organisations while many are carrying out their official work from their homes digitally.

Due to Sheikh Hasina’s immense contributions to the field of information technology, different organisations, including the United Nations accorded her prestigious awards.

Prime Minister Sheikh Hasina received the ‘ICT Sustainable Development Award’ from the International Telecommunication Union (ITU) in 2015. She won the United Nations ‘South South Cooperation Visionary’ Award in 2014 and got the ICT Award for using technology to improve the health of women and children in 2011.

Telecommunications Minister Mustafa Jabbbar said people began to get blessings of Digital Bangladesh as the government focused on connectivity to reduce gap in access to public services.

“Bangladesh has experienced the transformation of emerging technologies under leadership of Prime Minister Sheikh Hasina, though Digital Bangladesh progamme towards the fourth industrial revolution,” he said.