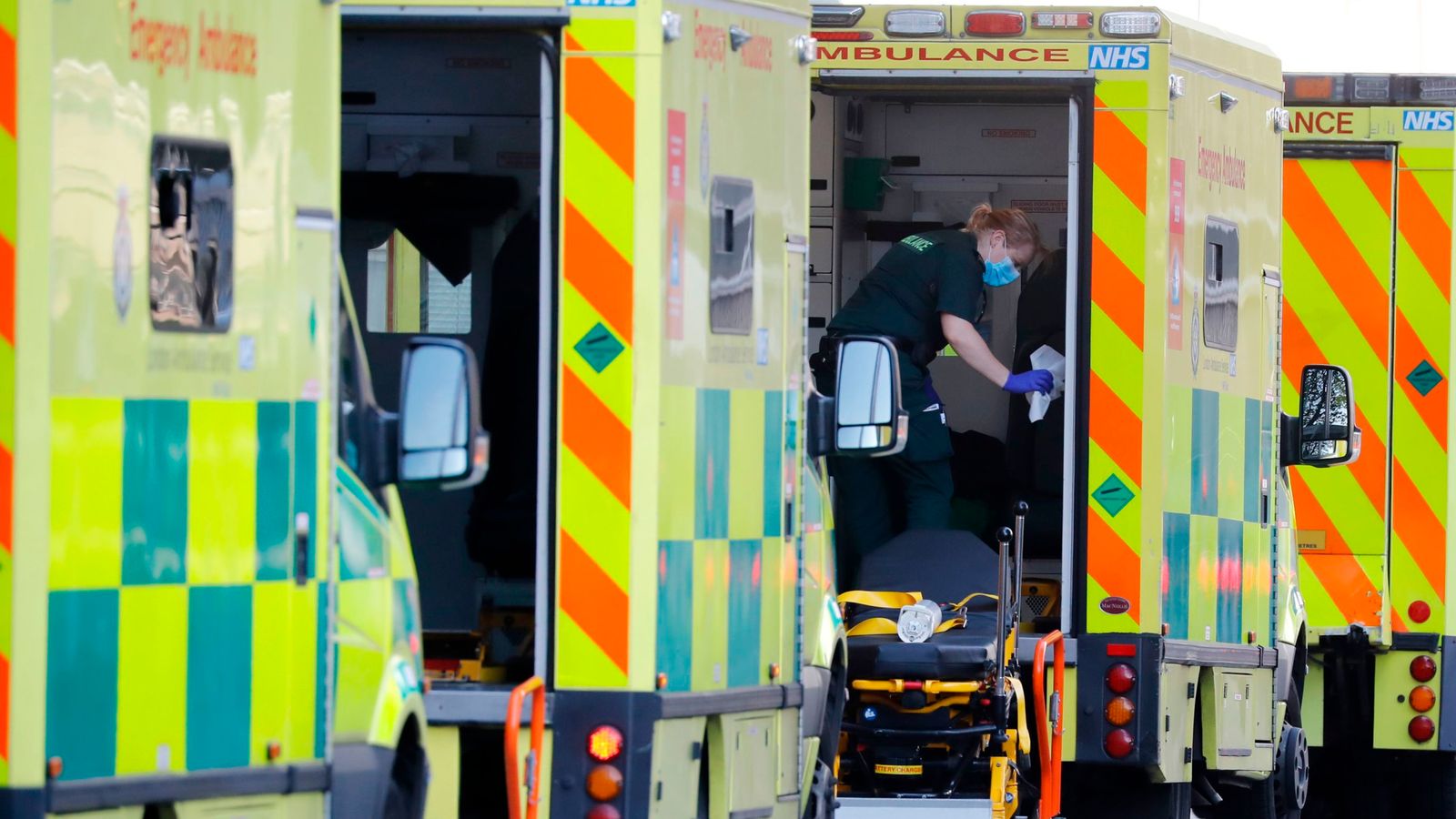 The coronavirus death toll in the UK has risen by 204 to 40,465 – including in hospitals, care homes and the community.

Yesterday the UK’s total coronavirus death toll increased by 357 as the country’s total number of fatalities soared past 40,000.
The jump in deaths was higher than Thursday’s increase, when 176 fatalities were reported.

A further 75 people, who tested positive for Covid-19, have died in England’s hospitals, bringing the total number of confirmed reported deaths to 27,359.

In Wales another 10 people died in hospital from coronavirus, in Scotland six more people died and in Northern Ireland one more patient died.

The total death toll in hospitals reported today is therefore 92.

The country’s hospital death toll increased by 142 on Friday, with 123 fatalities in England, 14 in Scotland, one in Northern Ireland and a further four in Wales.

This took the total hospital death toll to 31,611.

Last Saturday, May 30, there were 183 deaths from coronavirus reported in the UK’s hospitals.

Saturday May 9 saw the hospital death toll increase by 252.

The first Saturday of last month, May 2, recorded an additional 469 deaths from Covid-19 in hospitals.

Government advisers initially said that 20,000 deaths would be a ‘good outcome’ from the pandemic. 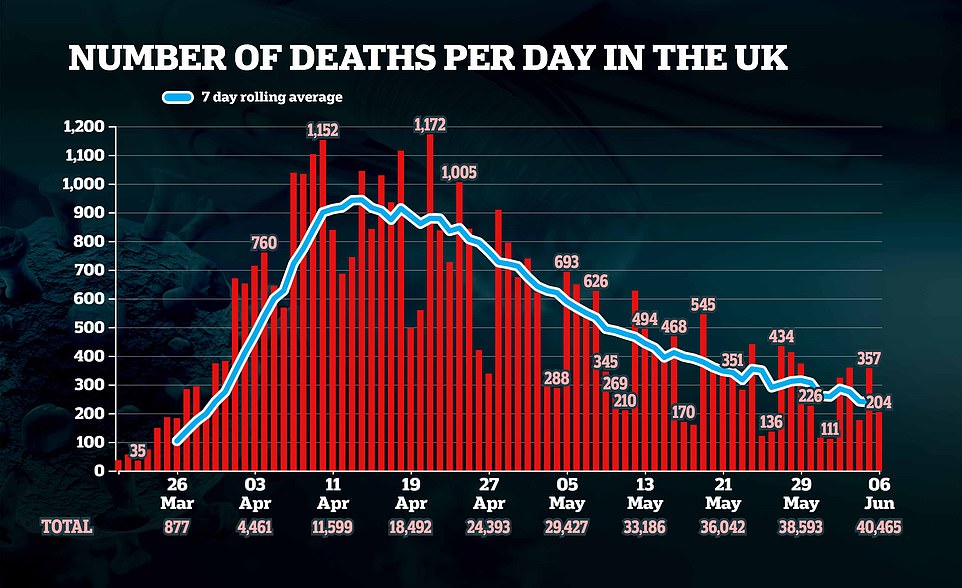 Today’s figures come as scientists are warning the government to prepare for a deadly second wave of coronavirus, as officials mull localised lockdowns and leaders in the North tell of fears of building outbreaks.

The reproduction rate of the virus – known as the ‘R’ – is higher in some parts of the UK than others, new data has shown.

The emerging challenge has led Health Secretary Matt Hancock to caution yesterday that parts of England could face stricter lockdowns than others when outbreaks are spotted.

But the government has faced criticism this week as some suggest it is easing the lockdown too quickly, with the UK death toll passing 40,000 yesterday.

The Government is understood to be on track to meet its June 6 care home coronavirus test target, despite a survey finding some had not received testing kits, according to the Press Association.

More than a tenth of homes surveyed by the National Care Forum (NCF), which represents 120 not-for-profit care organisations, reported they had not received testing kits at the start of the week.

However, the Department of Health and Social Care (DHSC) believes it is on track to have offered testing to all care homes with residents over 65 in England by Saturday, it is understood.

The DHSC is expected to announce whether it has hit its target in the coming days.

It comes as a letter from the DHSC sent to care providers on Friday revealed plans to expand testing to all remaining adult care homes for those under the age of 65 from June 7.

Tests will be available to all residents and asymptomatic staff, the letter said.

Today’s figures also come as trade organisations warn the government should halve the two-metre social distancing rule if businesses in the hospitality industry are to survive when they finally reopen.

The British Beer and Pub Association (BBPA) and UK Hospitality fear that many venues such as pubs and restaurants will not be able to make enough money if the rule, which restricts customer numbers, stays in place.

BBPA chief executive Emma McClarkin said: “It must be recognised that no two pubs are the same and for many, ensuring a distance of two metres will be impossible, keeping them closed for much longer.”