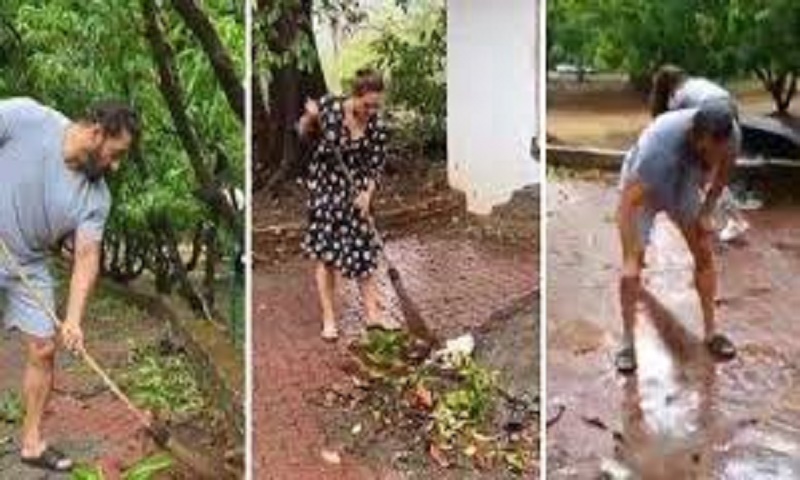 Bollywood superstar Salman Khan and Iulia Vantur swept the leaves scattered around his Panvel farmhouse on the occasion of World Environment Day on Friday.

The Dabangg Khan of Bollywood shared a video on social media where he, along with other people, swept the leaves scattered around his farmhouse. Sharing the video, Salman wrote, “#SwachhBharat #WorldEnvironmentDay Music Credits: Mark Mothersbaugh.”
Salman has been living at his Panvel farmhouse ever since the coronavirus induced nationwide lockdown started. His sister Arpita’s family, Jacqueline Fernandez and a few other friends are also staying at the farmhouse.

During his stay, the actor has released three songs, “Pyar Karona”, “Bhai Bhai” and “Tere Bina” which were all shot in the premises of the farmhouse itself. He has also been providing food to many families through his ‘Being Haangrry’ initiative.